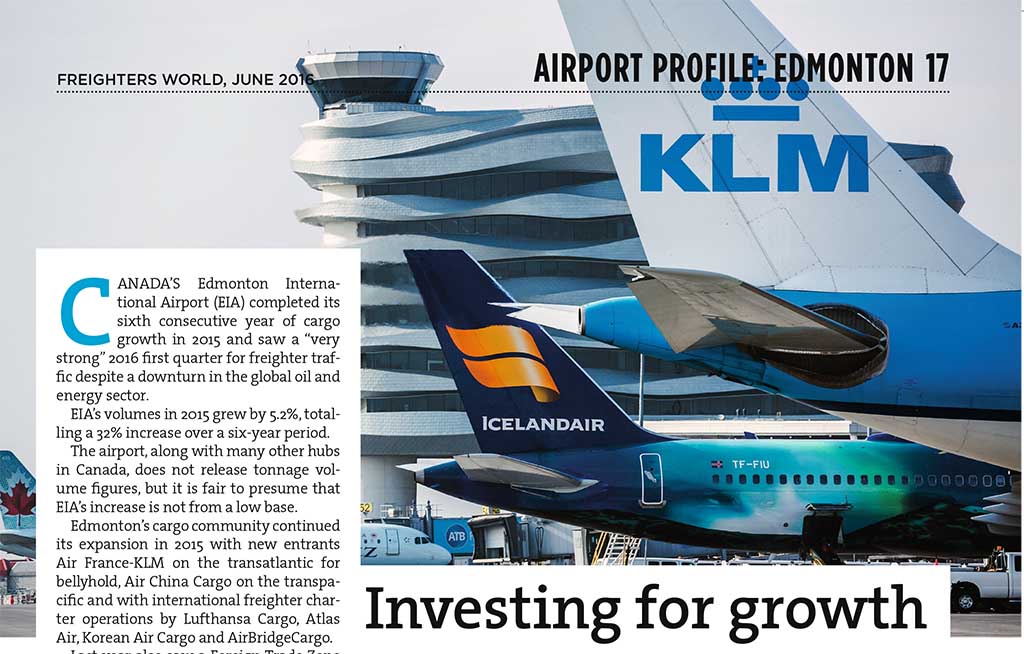 Canada’s Edmonton International Airport (EIA) completed its sixth consecutive year of cargo growth in 2015 and saw a “very strong” 2016 first quarter for freighter traffic despite a downturn in the global oil and energy sector.
EIA’s volumes in 2015 grew by 5.2%, totalling a 32% increase over a six-year period.
The airport, along with many other hubs in Canada, does not release tonnage volume figures, but it is fair to presume that EIA’s increase is not from a low base.
Want to read more? Click here to sign up for free access to the Freighters World digital archive 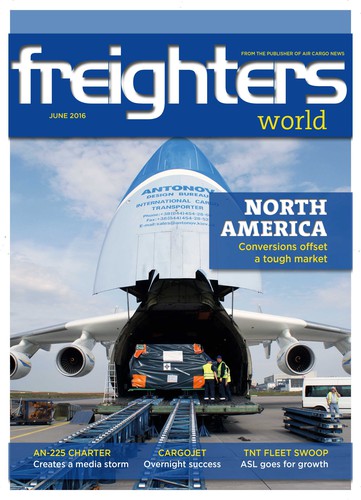