European airfreight puts up a strong show in March 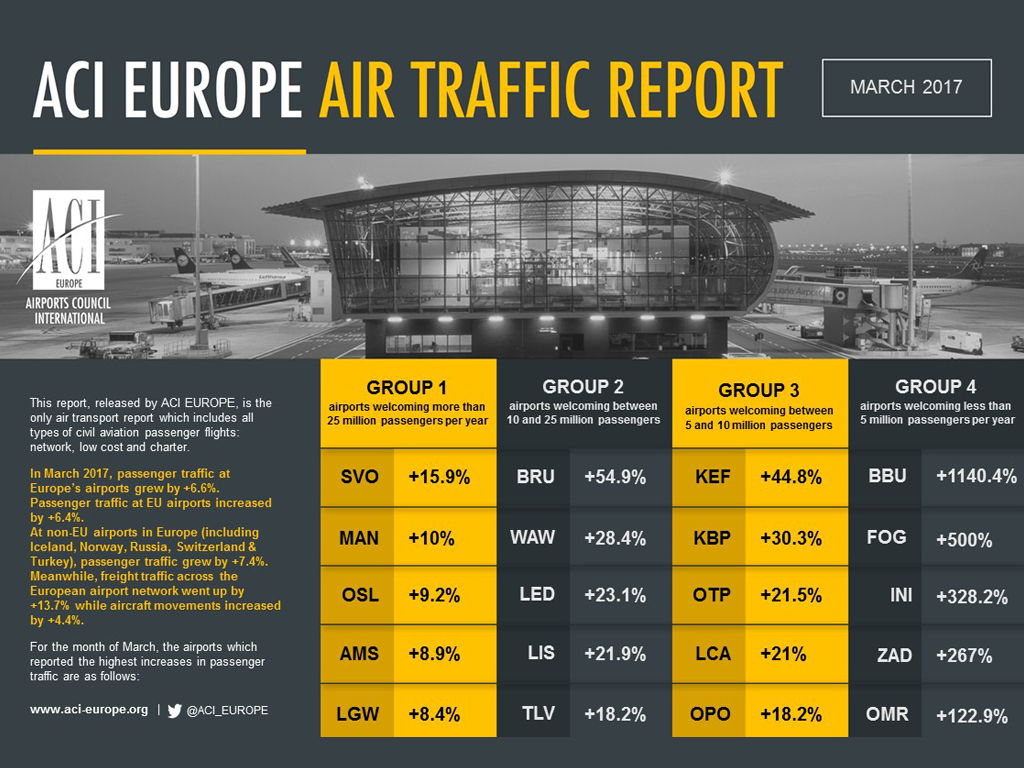 Freight traffic at European airports improved markedly during the first quarter of 2017, up 8%, said ACI Europe.
March posted the best monthly performance since April 2011 (up 13.7%), according to the trade body’s Airport Traffic Report for March and Q1.
Passenger traffic also grew by about the same amount, increasing by 7.2% during the first quarter, with 11 EU national markets recording double-digit growth – mostly in the east, along with Cyprus, Luxembourg, Malta and Portugal.
ACI Europe director general, Olivier Jankovec, said: “The return of growth for freight reflects increasing trade, business confidence and the fact that other leading indicators are showing the economy is on the up – especially in the Eurozone.”
Looking at the wider market, including passengers, he added:  “The momentum for traffic growth is holding on and it may well continue to do so in the coming months. The risk of increased political instability for the EU has just receded with the results of the French elections – a very positive factor for our industry.”
But he warned: “However, we need to be cautious in our optimism given that the wider geopolitical environment remains more unstable than ever. The ongoing uncertainty over the implications of Brexit for aviation is unlikely to be resolved quickly – and this might end-up limiting airline capacity growth and network development opportunities for some airports, especially in the UK.”