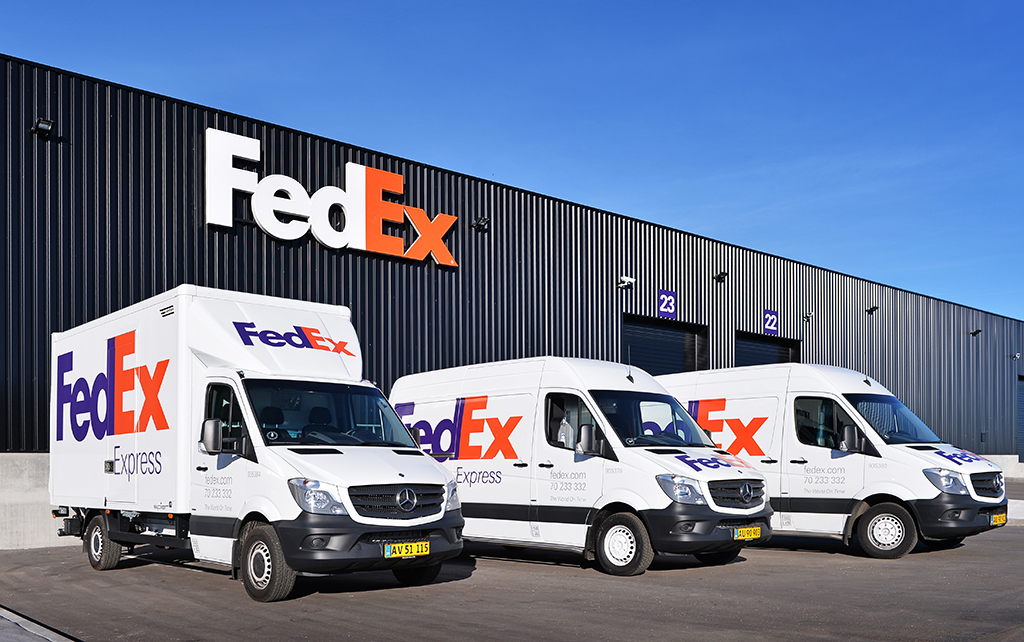 FedEx Express has opened officially its new Nordic Gateway facility at Copenhagen Airport in Denmark, a facility that will serve as a gateway for inbound and outbound shipments for Denmark, Finland, Norway and Sweden.
The 8,000 sq m facility can sort 3,300 packages per hour, process 18 weekly FedEx Express flights, 170 truck movements per week and a fleet of up to 36 pick-up and delivery vehicles. It marks the ninth new FedEx Express facility in the Nordic region in the last five years.
David Canavan, senior vice president operations at FedEx Express Europe, said: “The Nordic gateway will bring our Nordic customers even closer to the rest of the world. By combining courier, customs clearance, sortation and aircraft operations in a single location, we will further enhance operations in the Nordics.
“The gateway’s location at Copenhagen Airport is ideal, because of its strong freight transport infrastructure and proximity to Sweden. The facility is a key part of our growth strategy in Europe, where we have expanded with more than 100 new stations since 2011.”
The Nordics region — Denmark, Finland, Norway and Sweden — has experienced steady economic growth in recent times, leading to an average forecast GDP growth of 2% in 2016. This upward trend is also reflected in FedEx Express shipping data.
FedEx said that shipments between June 2014 and May 2015 from these markets to the rest of Europe increased by more than 24% compared to the previous 12 months.
“North America in particular has also grown in economic significance for the Nordics, with the overall number of FedEx Express shipments from the Nordic region to North America increasing by about 22% between June 2014 and May 2015, compared to the same period the previous year.”
Approximately 120 FedEx Express team members will work at the site. The facility is located in the airport’s cargo area near the Oresund Bridge to Sweden.
Thomas Woldbye, chief executive at  Copenhagen Airports, said: “Ideally positioned between North America and the Middle East, Copenhagen Airport has gained status as the largest cargo hub in Northern Europe. In 2015 more than 370,000 tonnes of cargo came through the airport and with the new FedEx facility we have made room for even more cargo in the coming years.”
Air Cargo News’ Nordic feature, available exclusively online, click here to register