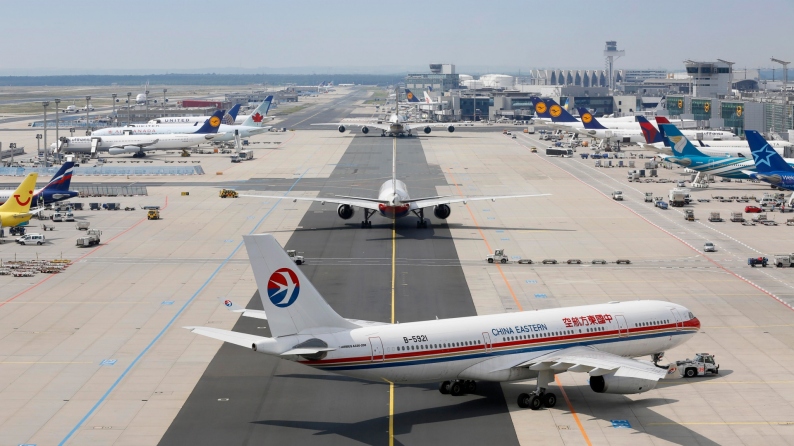 A decrease in freighter flights contributed to Frankfurt airport’s 6.4% decline in cargo traffic (airfreight + airmail) last month to 75,960  tonnes, the only business to falter during a busy July at the hub.
Airport operator Fraport said that the monthly air cargo decline was "attributable, among other things, to a reduced number of freighter aircraft operating from FRA and a decreased amount of belly freight being shipped on passenger aircraft,due to higher passenger numbers".
In July 2018, Frankfurt Airport welcomed some 6.9m passengers — an increase of 7.5%.
July’s disappointing cargo results come shortly after the announcement that Frankfurt’s cargo volumes dipped 0.4% in the first half of 2018, hindered by "temporary capacity bottlenecks" in cargo handling, a decline in Far East-bound traffic and reduced German industrial output.
Reporting its interim financial results, Fraport said that Germany’s number one cargo hub handled 1,075,247 tonnes in the six months ended June 2018, down 0.4% on like period 2017.
Frankfurt saw a 2.8% decline in freight and mail volumes in June, to just under 183,000 tonnes, while in May its cargo volumes fell 1.6%.
Figures from Airports Council International (ACI) Europe show that cargo traffic at European airports increased by 3.3% over the first six months of the year.
Read more Cargo Airport News news