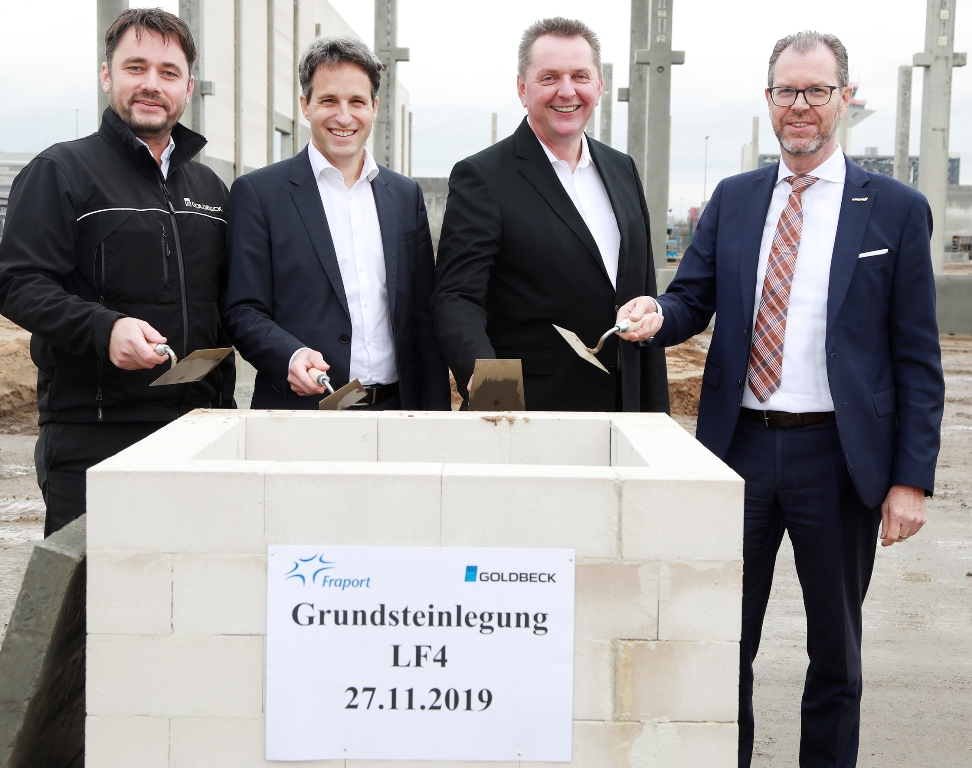 The new building at CargoCity South will expand Swissport’s handling capacity by almost 50% using a warehouse-concept material handling system that allows containers and pallets to be stored automatically.

Swissport is expanding its range of special temperature storage for customers from the pharmaceutical industry and the new cargo centre will be CEIV Pharma-certified after going into operation.

In a greener environment initiative, the freight hall roof will be home to the first large-scale photovoltaic system at Frankfurt Airport, generating 1.5m kW hours of electricity per year.

The new building at Frankfurt Airport, with an annual capacity of 200,000 tonnes and 17,000 sq m of storage space, will be Swissport’s fourth-largest cargo centre worldwide.

Willy Ruf, Swissport’s senior vice president Central and Eastern Europe, said during the foundation stone ceremony: “We are looking forward to offering our customers individual air cargo services at one of Europe’s most modern and sustainable airfreight facilities starting in the fall of 2020.

“Frankfurt Airport thus remains one of the most important airfreight locations in our global Swissport network.”

The building, with temperature-controlled zones for pharma shipments 31 docks for trucks/vans, is scheduled to be handed over to Swissport in the third quarter of 2020.