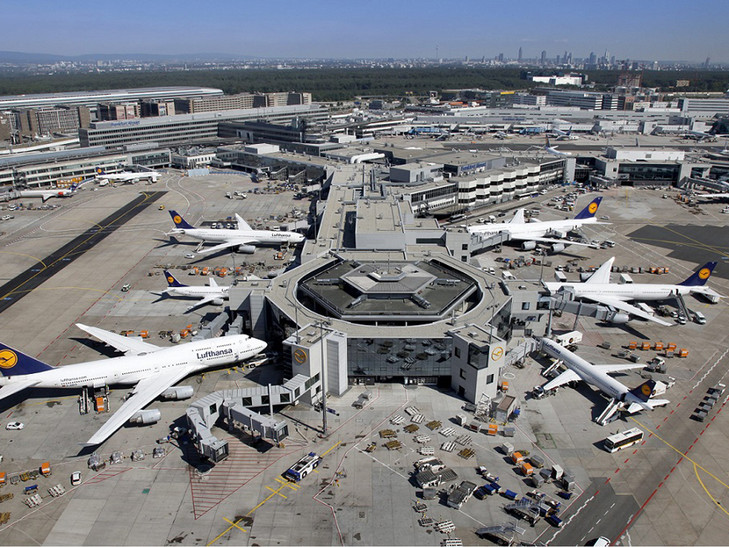 Frankfurt Airport’s cargo (airfreight + airmail) tonnage dropped by 1.8% in the first six months of 2015 to around 1m tonnes, while passenger traffic grew by 4.1%.
The first-half cargo decline was mainly due to “a noticeable decrease in throughput with the Far East and Latin America” regions said airport owner Fraport.
A series of strikes by Lufthansa pilots during the reporting period and the trend towards larger aircraft saw a weak increase of 0.2% in aircraft movements.
In the first half of 2015, the Fraport Group recorded noticeable growth in group revenue, rising by 10.6% to €1.2bn.  This increase was primarily driven by traffic growth, higher proceeds from the retail business, and currency effects.
The group’s earnings before interest, tax, depreciation and amortisation improved by 8.7% to €385m.
Passenger and cargo traffic at the Group’s airports outside Frankfurt posted “varying results” said Fraport.
“The airports in St. Petersburg (LED) in Russia, Antalya (AYT) in Turkey, and Varna (VAR) and Burgas (BOJ) in Bulgaria saw traffic volumes decline by 4.3%, 4.2% and 12.8% (VAR and BOJ combined) respectively.
“As expected, these airports were affected by the tense economic situation in Russia, with the resulting depreciation of the ruble and a decline in the country’s overall consumer spending.
“In contrast, other Fraport Group airports registered dynamic passenger growth: Slovenia’s Ljubljana Airport (LJU) achieved 9.7% growth, Peru’s Lima Airport (LIM) registered a gain of 8.7%, Hanover Airport (HAJ) in Germany increased by 5.3%, and Xi’an Airport (XIY) in China even soared by 15.3%.”