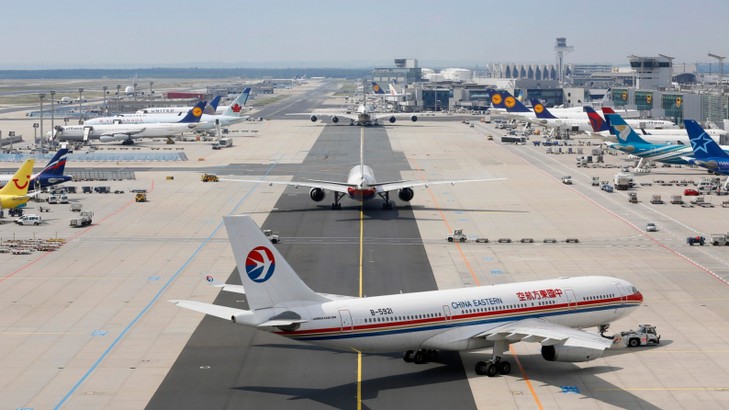 Europe’s busiest cargo airport, Frankfurt, saw airfreight demand increase by 1.8% in 2016 despite the effect of strikes and weather conditions.
Airport operator Fraport said demand during the year reached 2.15m metric tons despite the number of aircraft movements decreasing by 1.1% to 462,885 takeoffs and landings during the year as a result of Lufthansa strikes in November and adverse weather.
In December, cargo demand was “particularly strong” as it improved by 7.6% to 188,635 metric tons.
Fraport said this improvement was driven by the recovery in world trade and a rise in demand for exports in the Euro zone stimulated by the weak euro, as well as the ongoing dynamic growth of the German economy.
Europe’s fourth largest cargo airport, Heathrow, handled 1.54m tonnes of cargo in 2016, a 3% increase on prior year.
German hub Cologne saw 2016 full year volumes up 3.7% to 786,000 tonnes, with Belgian gateways Liege and Brussels seeing tonnages up by 1.7% and 1.1% to 660,665 tonnes and 495,000 tonnes respectively and Milan’s Malpensa airport recording an 8.8% rise to 544,000 tonnes for the full year.
Freight performance at Fraport’s other main cargo airports varied. There was a 4.3% decrease at Lima, Peru, to 287,826 tons, Ljubljana, Slovenia, was up 2.4% to 10,379 tons and Burgas, Bulgaria, slipped 18% to 10,877 tons.