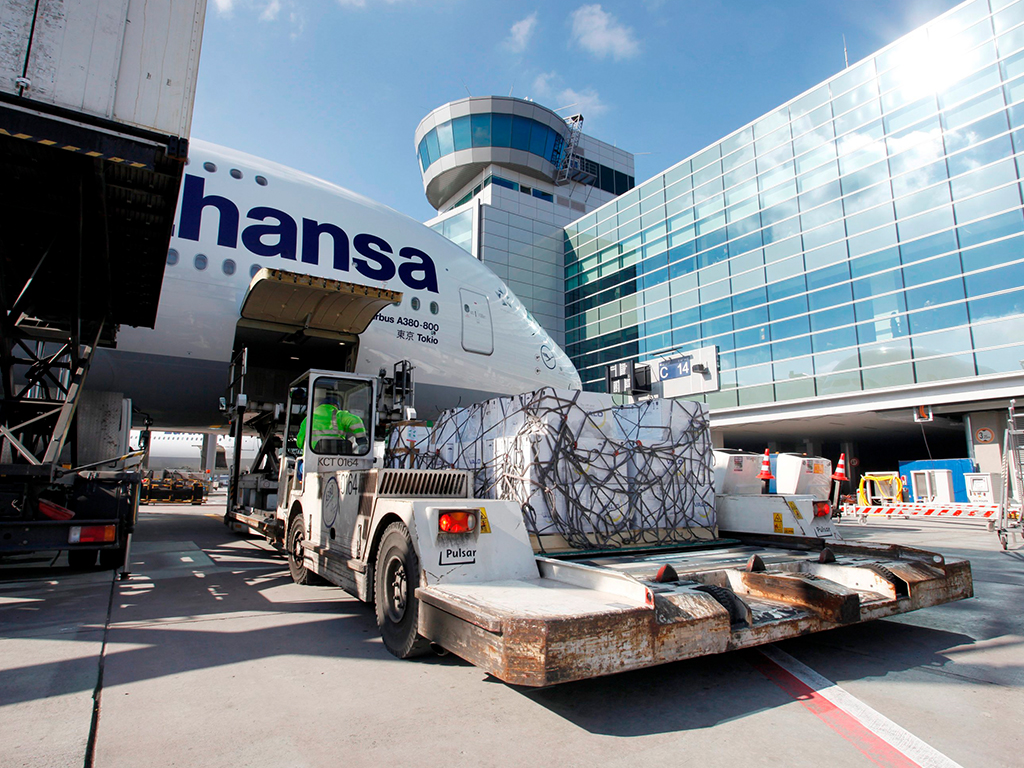 Airport operator Fraport has declared “a highly successful 2017 fiscal year” (ending December 31) as combined revenues across the group grew by almost 13.5% to €2.93bn.
Increased earnings from the group’s Ground Services division (which includes cargo handling) had a positive effect on overall revenues, rising by €8.1m in comparison to 2016 on the back of increased traffic at Frankfurt.
Frankfurt Airport – the main gateway in Fraport’s portfolio – processed 2.2m tonnes of cargo during 2017, a year-on-year rise of 3.8% that placed it ahead of Paris Charles de Gaulle and Amsterdam Airport Schiphol as Europe’s busiest cargo airport.
Frankfurt is continuing to enhance its CargoCity North and CargoCity South in order to remain competitive, Fraport pointed out.
The annual report said: “The global economy, which has recently been growing more dynamically, and reinvigorated global trade have given additional impetus to the German economy, which is aligned towards exports.
“As a result, German exports have improved significantly since the end of 2016 despite the dampening effect on demand that came from the appreciation of the euro against most other currencies. Consequently, there was high demand for airfreight in Frankfurt.”
In particular, Fraport noted “dynamic growth” in transatlantic volumes at Frankfurt last year, after the decline in tonnage seen in 2016.
Ranking second and third for cargo among Fraport’s gateways in 2017 were Lima Airport (a slight fall of 1.4% to 283,702 tonnes) and Xi’an Airport (up 11.2% to 259,883 tonnes for the year).
Fraport is predicting its overall revenue to reach €3.1bn in fiscal year 2018 and cargo volumes at Frankfurt to rise by around 1% over 2017.
It said: “Important leading global indicators in global trade such as the purchasing managers indices rose to six-year highs in 2017. This could indicate trade growth, which would have a positive impact on the handled cargo volume.”
Furthermore, if the euro remains weak, demand for exported goods from across the Eurozone could rise as they would be comparatively cheap in international markets. Frankfurt Airport’s cargo throughput would benefit from this traffic.
In addition, Fraport said: “The high regional diversification of German exports means that the German economy is also resistant towards negative developments in individual target markets, which contributes to making air freight in Frankfurt robust.”
Those negative developments might include trade restrictions imposed by the US, the group’s annual report noted.
Just a few days ago, Fraport posted a year-on-year rise in freight throughput of 2.2% in February, with 163,121 tonnes processed during the month..