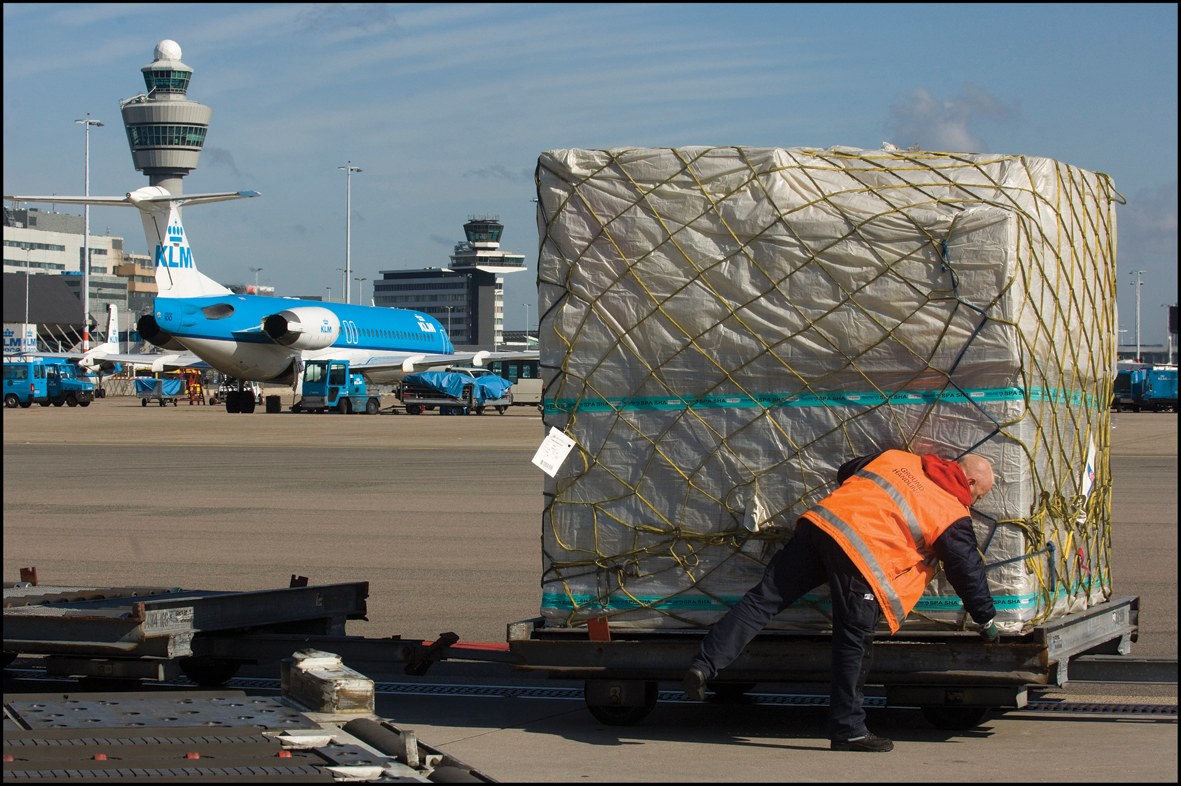 Increased freighter and bellyhold volumes saw Amsterdam Schiphol airport report a 9.5% rise in March airfreight throughputs to 154,000 tonnes.
Europe’s number three cargo gateway in 2016 also enjoyed a strong first quarter in 2017, handling a record 420,168 tonnes from January to March, up 8% on the same period last year.
Jonas van Stekelenburg, head of cargo at Schiphol, said that his team’s focus on pharmaceutical, e-Commerce, and perishables customers had led to further growth, especially in the Asia and Europe markets.
Said van Stekelenburg: “Our pharma initiatives have led to boosted pharma volumes both inbound and outbound to the US, South America, and Asia, and we will continue to work with the Schiphol Cargo Community to develop this further.
“Unfortunately, the growth in the Latin American and African regions is a bit behind.”
The Netherlands cargo hub’s upbeat 2017 first quarter continues a trend seen elsewhere among the world’s top freight airports.
Global top hub Hong Kong registered 11.5% year-on-year growth to 1.1m tonnes in the first quarter of 2017, while Dubai and Singapore airports both saw impressive cargo tonnage increases in the first three months, up by 3.5% and 6.2% respectively.
In Europe, regional number one Frankfurt recorded a 5.8% increase in airfreight and airmail volumes in the first quarter of 2017 to 535,764 tonnes.
Amsterdam’s March figures were boosted by a 7.2% growth in full freighter volume and a belly volume growth at 13.2%.
Asia remains the largest market for the Dutch hub, with figures up four percent on inbound to 70,648 tonnes, and 12% to 74,332 tonnes on outbound, with Shanghai, China, remaining the busiest cargo destination.
The European market grew due to new cargo flows across Europe, where cargo transits at hubs such as Baku, Azerbaijan, and Moscow, Russia, en route to final destinations in Asia.
“As a large number of flights now transit Europe en route to China, we can attribute a proportion of the growth in our European figures to the Asian market,” said van Stekelenburg.
A decrease in full freighter volumes on inbound cargo from North America led to a 6% decrease on volume to 36,422 tonnes, but exports to the same market were up 12% to 38,666 tonnes, due to increased full freighter and belly volumes.
Asia, due to its growing economy, saw both inbound and outbound cargo volumes inflate, up 4% to 70,648 tonnes, and 12% to 74,332 tonnes respectively.
Africa inbound and outbound cargo capacity was down due to decreased capacity: 5% to 30,319 tonnes, and 16% to 12,364 tonnes respectively.
The Middle East saw an inbound decrease of 4% to 21,723 tonnes, while outbound went up 13% to 31,910 tonnes.
Latin America outbound cargo was down 15% to 15,855 tonnes due to decreased freighter capacity. However, inbound volume was up 31% to 30,952 tonnes.