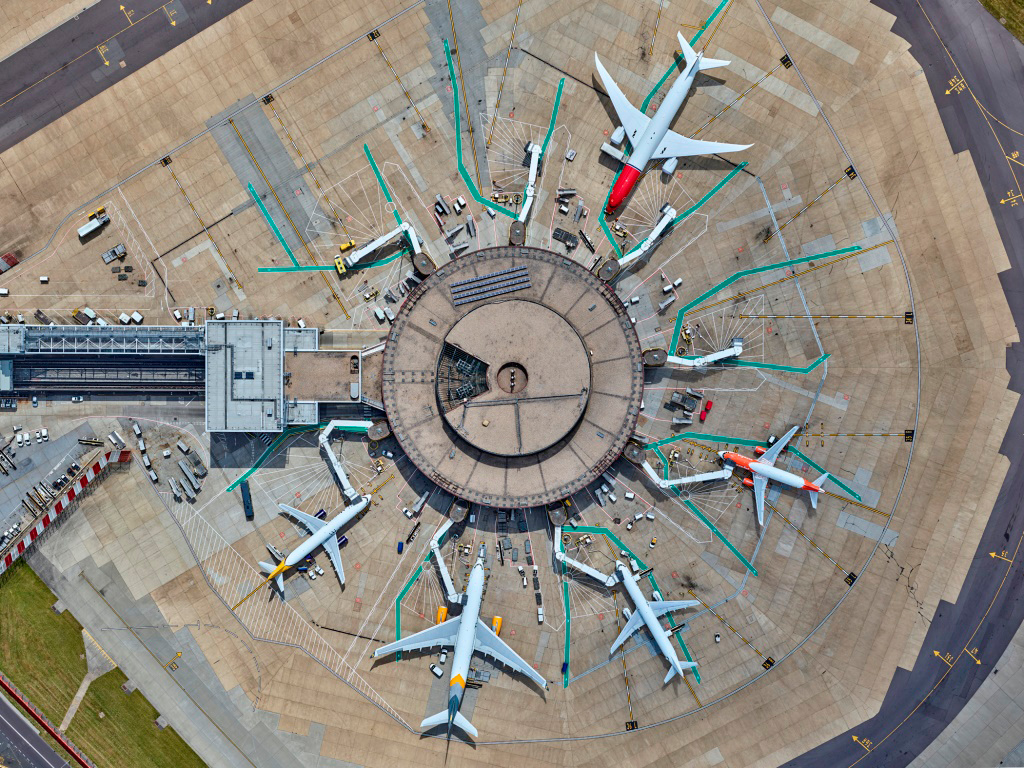 London Gatwick airport saw £7.5bn of international goods pass through the gateway in 2017, in trade that supported 113,800 UK jobs — according to detailed analysis published by Oxford Economics, the economic forecasting and modelling consultancy.
Metals/metal parts worth £2bn and vehicles/autoparts totalling £1.7bn were the two biggest categories of goods traded through the UK south east airport, followed by electronics at £773m, machinery valued at £682m and pharmaceuticals worth £588m.
According to the Oxford Economics study, over two-thirds – or £5.3bn (61,000 tonnes) – of this airfreight was exported and £2.2bn (35,600 tonnes) imported. Gatwick’s total cargo tonnage is also up by 20.4% so far this year, compared with 2017.
The Gatwick report, commissioned early in 2018, comes just a few weeks after MPs in Parliament voted in favour of an expanded Heathrow Airport, triggering a lengthy planning process which could see a third London runway opening by 2025.
A spokesperson for Gatwick said that the Oxford Economics report would focus attention on the Gatwick’s growing long haul connections and its economic contribution to the local and national economies.
It would also inform any future discussion on expanding cargo facilities or infrastructure connectivity at Gatwick, which handled 97,000 tonnes of freight in 2017, a 14.4% rise on 2016. Heathrow handled 1.6m tonnes last year.
The new report also looked at businesses that trade internationally in the seven local authorities in the ‘Gatwick Diamond region’ and found them to be more export-focused – with the proportion of businesses in the region sending goods to international markets 50% greater than for the UK as a whole.
The seven local authorities in the Gatwick Diamond are Epsom and Ewell, Reigate and Banstead, Horsham, Tandridge, Crawley, Mole Valley and Mid Sussex.
With the UK’s looming departure from the European Union  (EU) or ‘Brexit’ in mind – 11.3% per cent of Gatwick Diamond businesses exported goods compared to the UK average of 7.2%.
Local businesses are also well positioned for global trade – with 60% of the Diamond’s exports going to non-European markets – again more than national average (51%).
Gatwick’s 67-strong long haul network is singled out in the report as important for trade outside the EU, as “the vast majority of cargo passing through the airport goes in the belly of long haul passenger aircraft,” said airport management in a statement.
Top non-EU destinations for the Surrey, East and West Sussex region exports outside the EU are US (£2.5bn), China (£450m), Japan (£250m) and Russia (£200m).
Steve Norris, Chair of the Gatwick Growth Board and former transport minister, said: “Gatwick is a nationally significant infrastructure asset and today’s report shines a light on the £7.2bn contribution it makes to the UK economy in terms of trade and investment.
“Much of the region’s economic activity is centred around the airport, which is why there is a greater concentration of company headquarters clustered in the region around Gatwick than in London.
“This constellation of high value industries attracts significant foreign investment and trade activity and the access the airport gives them to international markets is a key reason why they invest and locate in the region.”
Rob Lewtas at the UK’s Department of International Trade said: “Gatwick has always played an important role supporting trade, investment and jobs both in the national and local economy.
“This report shows how Gatwick’s recent growth has increased the South East’s connectivity even further and is driving international business activity from the region to all parts of the globe.”
Jeremy Taylor, chief executive, Gatwick Diamond Business, which represents businesses across the region, said: “While the report rightly points out Gatwick’s important role supporting exports from the region, it also shows that much more can be done.
“Too many businesses and cargo companies send their goods past Gatwick and round the M25 to Heathrow. As the airport’s long-haul network grows, so too do welcome opportunities for local firms to use Gatwick as their local global gateway.”
Jonathan Sharrock, chief executive, Coast to Capital, a business-led collaboration between the private, public and education sectors across the region, said: “The Coast to Capital economy is intrinsically linked to the success of Gatwick Airport. This report confirms the important role of the airport as a global hub to connect businesses to international markets.
“As the airport continues to grow, so too does the area’s economy, giving confidence to businesses and consumers as we leave the EU.”
Read more Cargo Airport News and Brexit news