Gatwick proposes capacity increase through routine use of standby runway 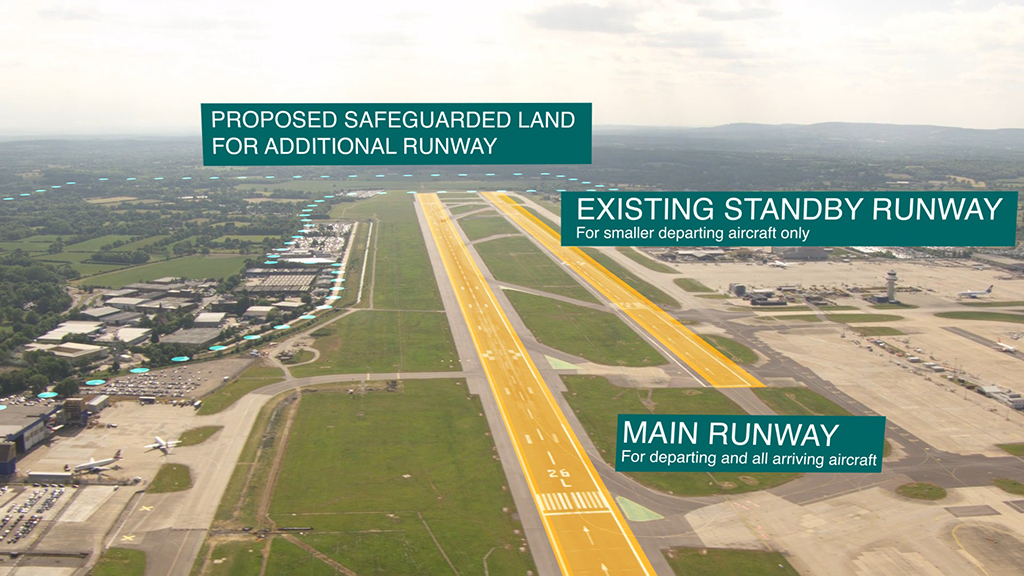 Gatwick Airport has published a draft masterplan to increase capacity at the UK hub which includes the option for the routine use of its existing standby runway by the mid-2020s.
This would allow an extra 10-15 movements per hour, potentially increasing cargo from 102,000 tonnes today to 325,000 tonnes by 2032/33, and shifting projections of passenger numbers in that year to 68m-70m compared with 57m-61m with the current system.
Under its existing planning agreement, Gatwick’s standby runway is used only when the main runway is closed for maintenance or emergencies. However, the 40-year planning agreement will come to an end in 2019.
The draft masterplan explains that this scenario “would require only minor changes to the airport boundary and provide more flights, improved connectivity, more employment and economic stimulus to the local area, but with a much reduced scale of development and environmental impact compared to an additional runway to the south.”
The draft plan also considers two other scenarios: using new technology to increase capacity on the existing runway, and safeguarding the land needed for a future additional runway.
Gatwick has opened a 12-week consultation with local communities and stakeholders.