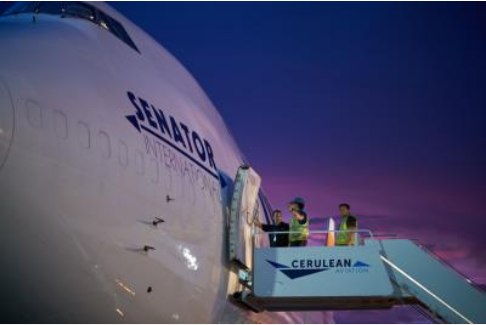 Greenville-Spartanburg International Airport (GSP) has celebrated the opening of its $33m air cargo facility, which will significantly increase the airport’s ability to handle domestic and international freight.

The airport said that in recent years, air cargo volume and demand for freight services in the southeastern US has increased dramatically.

“The opening of our new air cargo facility will begin a special new chapter for GSP,” said Dave Edwards, the airport’s president and chief executive.

“GSP’s ability to be a hub for cargo has attracted many companies to the Upstate since the 1960s. This new facility allows GSP to take the region’s logistics infrastructure to new heights.”

Senator International, a German-based freight forwarder, will lease half of the facility to support its Senator Atlantic Bridge (SAB) flights from GSP to Frankfurt-Hahn (HHN) with twice-weekly connecting service to Johannesburg, South Africa.

Senator’s new location will offer overhead crane capabilities with lift capability up to 20 tons and a Cyro Farm which can be used to cool specialised healthcare equipment.

“The new design and setup will enable Senator to optimize its processes and meet the timelines of their clients by guaranteeing faster lead times,” the airport said.

In 2018, the airport handled more than 45,000 tonnes of cargo, including more than 550 horses competing in the World Equestrian Games.

The airport claims to be a hub for automotive parts, vehicles, and medical equipment.

In 2018, GSP’s airline service provider Cerulean supported more than 1,400 cargo flights, an increase of 55% compared to the previous year.

In addition, last yearr, the airport also moved up to 59 from 84 two years ago on the Federal Aviation Administration’s (FAA) list that ranks air cargo volume for airports in the country.