Hactl and Air Canada team up for Arctic Foxes 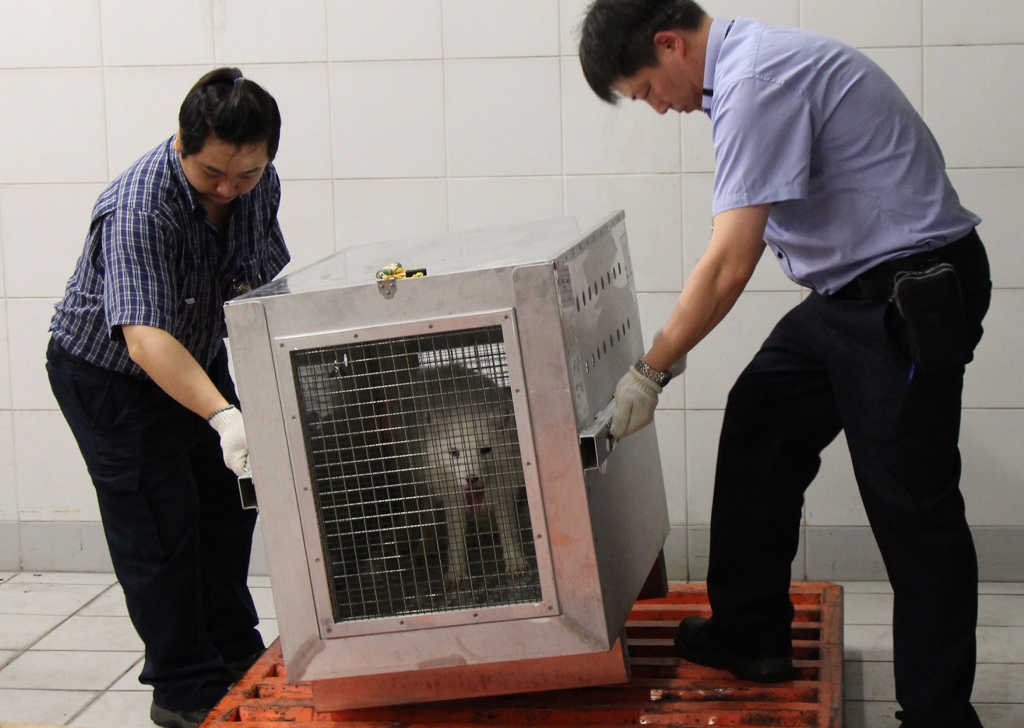 Hong Kong Air Cargo Terminals Limited (Hactl) has handled four Arctic foxes travelling from Hong Kong to Montreal, Canada.
Chi Chi and Cindy (females), together with Siu Chu and Yau Nam (males) were carried on a Boeing 777-200 by Hactl customer Air Canada Cargo.
The four are being re-homed from a local wildlife centre to the Quebec Aquarium. Canada is one of the Arctic fox’s natural habitats.
Because of the animals’ natural habitat in the Arctic tundra, they were transported to Hactl’s SuperTerminal 1 in a refrigerated truck, and were held in a climate-controlled area of Hactl’s Livestock Handling Centre prior to loading onto the aircraft.
The animals’ nervous disposition also necessitated sensitive handling and a quiet environment.
Chi Chi originated in the US, while Siu Chu and Yau Nam were born in captivity in Hong Kong. For Cindy, her new home in Canada marks the beginning of a better life: she had been a temporary resident at a wildlife centre, after being seized from a dealer illegally trying to sell her via an internet auction site.
Garry Blagrave, director, cargo sales & service, Asia & Pacific of Air Canada Cargo said:  “We were delighted to play a part in the re-homing of these beautiful animals, and hope they will be very happy in their new, permanent environment. We are very grateful to Hactl for its invaluable assistance with this delicate shipment.” 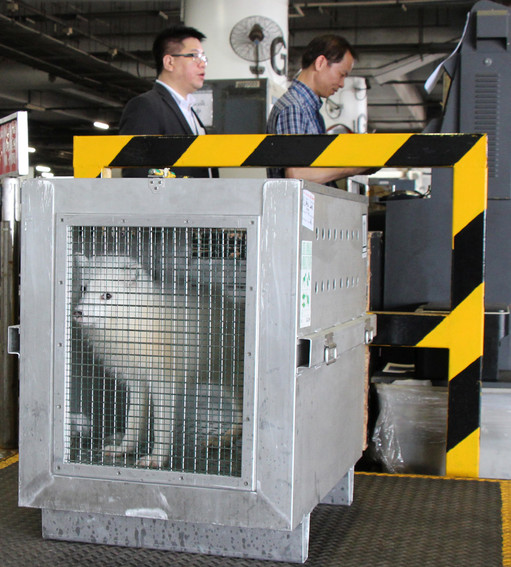