HAL to submit new plan to CAA on expansion 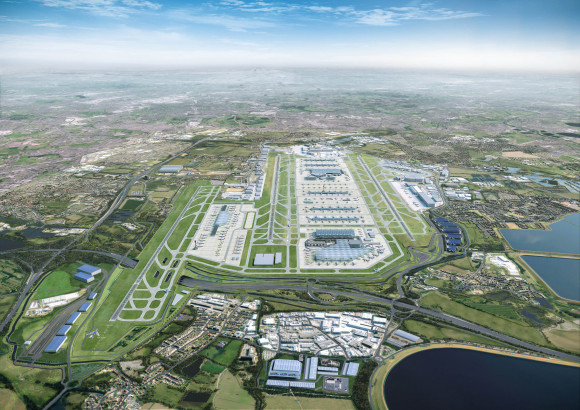 Following the recent confirmation that Heathrow Airport Limited (HAL), operator of London Heathrow Airport, will delay the expansion of the gateway for at least 12 months, the airport is to now submit what it describes as a “detailed investment plan” to the UK Civil Aviation Authority (CAA).

The Initial Business Plan, which it intends to hand to the national aviation regulator this week, is designed to demonstrate how HAL can deliver expansion – including a third runway – in a programme that is “sustainable, affordable, financeable and deliverable”.

It meets, HAL said in a statement, “all requirements of the Airports National Policy Statement, with overall costs in-line with the £14 billion original plan submitted to the Airports Commission back in 2014”.

The statement continued: “The plan has been carefully crafted following engagement with consumers, business groups, local communities and airlines who were asked what expansion should deliver for them”.

Crucially, given the CAA’s reluctance to improve heavy spending before HAL has even been given the full green light to expand through a development consent order (DCO), it is said by the airport operator to include a “rigorously reviewed financial assessment, confirming that Heathrow can expand within the total cost envelope originally submitted in 2014 to the Airports Commission and financed entirely by private money, at no cost to the taxpayer”.

The plan outlines two ‘book-end’ options that focus investment over the next 15 years on either prioritising further enhancement to passenger service, or prioritising more rapid growth to deliver more connectivity and greater airline competition sooner.

They include choices about how fast Heathrow grows, the level of service passengers receive and the public transport connections available at the airport.

Either way, HAL assured: “Both options lead to lower overall airfares and ensure a third runway is delivered by 2030 with affordable airport charges.

“Over the next six months, Heathrow will engage with stakeholders to seek feedback on the plan and which of these two options best meets their priorities. That feedback will be incorporated into a Final Business Plan published in 2020 which will give a clear indication of the path Heathrow will take – either prioritising service, prioritising speed or a blend of the two.

Heathrow chief executive John Holland-Kaye remarked: “This plan ticks all the boxes. New capacity at Heathrow will help drive down airfares, attract up to 40 new long haul as well as more domestic routes and connect all of Britain to global growth.

“It delivers a sustainable airport at the cost we said without a penny of taxpayer money. Expanding Heathrow will make Britain the best connected country in the world, at the heart of the global economy.”