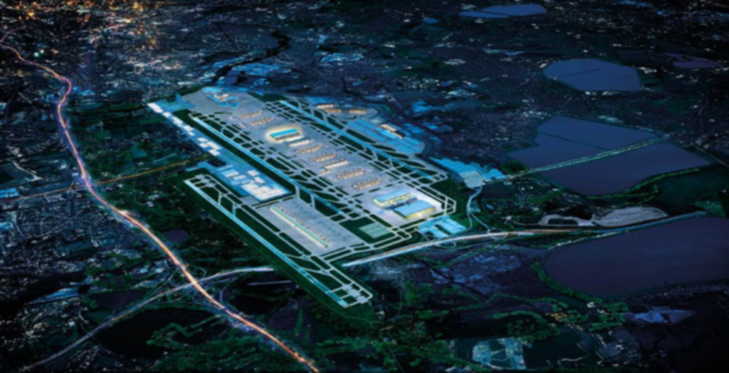 London Heathrow Airport suffered a tough July as cargo figures slid by more than 5% compared with a year ago.
The airport, which is hoping to receive government backing for the development of a third runway, saw cargo volumes decline by 5.4% year on year to 121,240 tonnes in July.
However, July’s decline was not enough to push the UK’s leading cargo airport into negative territory for the first seven months of the year as it recorded a 1% increase to 863,086 tonnes for this period.
Over a rolling 12 month period, the airport recorded an increase of 3.2% to 1.51m tonnes.
This includes growth of 41.3% to Mexico, 26.3% to Turkey, 18.6% to Brazil, 10.7% to India.
Following the announcement of the traffic figures, Heathrow chief executive John Holland-Kaye pushed the government to back its plans for expansion.
"I agree with the [UK] Prime Minister’s comments during the recent trade mission to Southeast Asia that Britain should be trading more with the rest of the world.
“Our best exports, whether Scottish salmon or life-saving pharmaceuticals, all pass through Heathrow on their way to markets across the globe.
“With expansion, we can add connections to new markets, opening up the lucrative trade routes that will secure British prosperity over the coming decades.”

Meanwhile, the UK’s Stansted Airport recorded a 4.4% increase in cargo volumes in July to 20,732 tonnes as carriers added extra flights in order to ease the supply chain problems caused by the backlog at the Channel Tunnel.
On a rolling 12 month basis, cargo volumes were up 9.4% on the previous year to 233,239 tonnes.
In June, China Southern added a new Boeing 777-200F flight between the airport and Guangzhou, China’s third largest city.