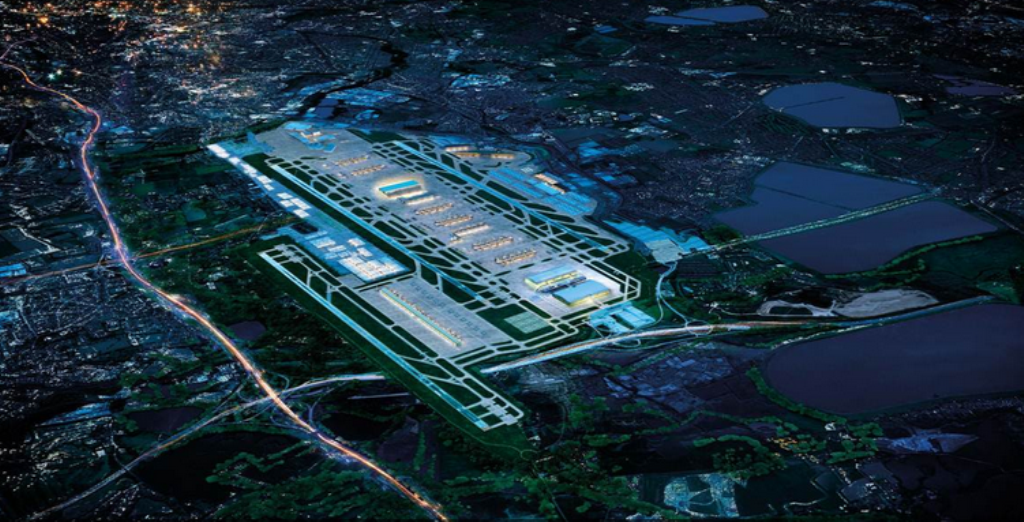 The Airports Commission has backed expansion at Heathrow airport over Gatwick in its long awaited recommendation to the government.
The Commission considered three schemes for expansion: a new 3,500 m runway at Heathrow, an extension of the existing northern runway at Heathrow, or a new runway at Gatwick Airport.
But in the end the Commission decided that Heathrow would offer the greatest economic gains for the country.
It said the Heathrow extended northern runway delivers similar economic benefits to Gatwick, is less costly and requires the loss of fewer homes.
“A new northwest runway at Heathrow will not increase noise above current levels, will generate up to £147bn in gross domestic product impacts over 60 years and over 70,000 new jobs by 2050, and will add regular daily services from the airport to around 40 new destinations, including 10-12 new long-haul routes,” the report said.
However, there were certain measures attached to the recommendation to address its environmental and community impacts.
The report said that while the Gatwick scheme is feasible, the additional capacity would be more focused on short-haul intra-European routes and the economic benefits considerably smaller.
However, the report did also highlight some downsides of the Heathrow expansion, saying it provides a smaller increase in capacity and is less attractive from a noise and air quality perspective.
Sir Howard Davies, who headed the Commission, said: “Heathrow is best-placed to provide the type of capacity which is most urgently required: long haul destinations to new markets.
“It provides the greatest benefits for business passengers, freight operators and the broader economy.
“Adding capacity at Heathrow also provides an opportunity to change the airport’s relationship with its local communities as some overseas airports have done.
“To make expansion possible the Commission recommends a comprehensive package of accompanying measures including a ban on night flights and a new noise levy to fund a far stronger and more generous set of compensation and mitigation schemes.
“And as there is no environmental or operational case for a fourth runway, the government should take action in Parliament to rule it out firmly and finally.”
While the Airport Commission has now made its recommendation, it could be some time before the government also reaches a decision.
High ranking politicians within the leading Conservative Party, such as Mayor of London Boris Johnson and Richmond Park MP Zac Goldsmith, are against Heathrow expansion.
Local communities are also likely to protest against the plans.