Heathrow expansion, a decade until the new tarmac is available 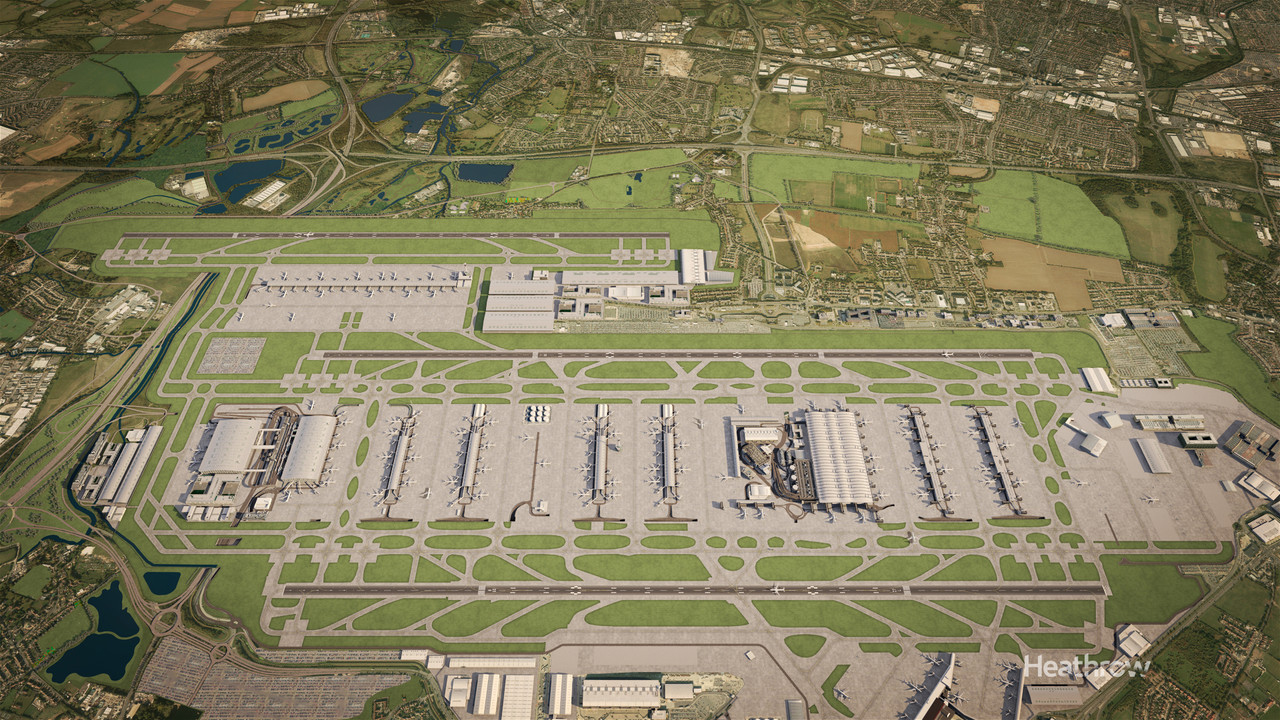 The UK government has given the go ahead to a third runway at London Heathrow Airport, although the tarmac is unlikely to receive its first aircraft until 2025, at the earliest.
Rival airport Gatwick Airport  – it wanted to build a second runway in the South East – looks certain to challenge the decision of the Conservative government under Prime Minister Theresa May who has a slender Parliamentary majority of just twelve.
The Heathrow proposal will still have to clear the hurdle of a House of Commons vote, and may not muster a sufficient mandate from Members of Parliament.
The UK’s referendum decision to leave the European Union, known commonly as Brexit, may have added the final extra weight in the balance for Heathrow, with new trading lanes in emerging markets requiring long haul flight connections.
Heathrow also had the backing of the Airports Commission, led by Sir Howard Davies, which in July 2015 backed Heathrow’s third runway after considering two other options, an extension of Heathrow’s existing northern runway and Gatwick’s proposal.
UK South East flight capacity is congested with both Heathrow and Gatwick close to being full, but the binary nature of the terms of referenced handed to the commission meant that only one runway proposal could be recommended.
In cargo terms, Heathrow dwarfs its runway rival, handling around 1.5m tonnes of airfreight in 2015 compared with just 73,000 tonnes for Gatwick.
The Airports Commission report said the Heathrow extended northern runway delivers similar economic benefits to Gatwick, is less costly and requires the loss of fewer homes.
“A new northwest runway at Heathrow will not increase noise above current levels, will generate up to £147bn in gross domestic product impacts over 60 years and over 70,000 new jobs by 2050, and will add regular daily services from the airport to around 40 new destinations, including 10-12 new long-haul routes,” the report said.
UK shippers, in the form of the Freight Transport Association, have also been vocal backers of Heathrow’s third tarmac.
Gatwick will most likely fight on, and will argue that its second runway would have the same economic outcome for the UK aviation market as a whole, based on Airport Commission figures, but would be quicker to build, at a lower cost, and affect far fewer local residents in terms of noise pollution than Heathrow.
Despite the government’s long-awaited decision, it is only the beginning of the process and will not push a magic button for extra capacity. Many more potential obstacles stand in the way.
The UK’s Civil Aviation Authority (CAA) has already drawn attention to the thorny issues of who will pay the full cost of providing extra capacity and when.
Alongside a Gatwick legal challenge there are also environmental concerns from local residents and councils, added to investor qualms over the commitment of a future UK government in honouring the infrastructure decision by a predecessor.
The hard talking has only just begun.