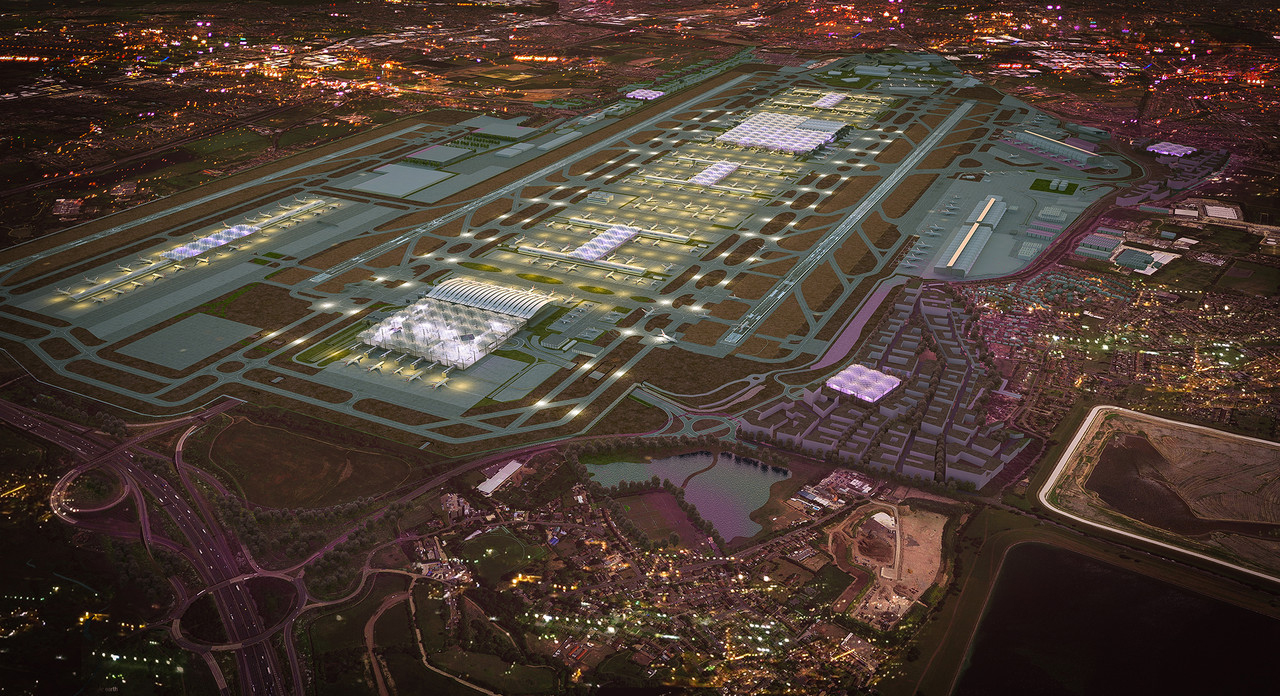 UK Transport Secretary Chris Grayling has today (Tuesday) formally designated the Airports National Policy Statement (NPS), which could see construction on a third runway at London-Heathrow start within three years.
The legislative procedure, paving the way for Heathrow to submit a formal planning application, follows last night’s vote in the House of Commons when Members of Parliament voted by 415 to 119 in favour of the NPS, although there still remains the prospect of legal challenges in the future.
Grayling’s action triggers the next step in a process that could see building work start in 2021 and the runway operational by 2026, at an estimated cost of £14bn, one of the largest private projects in Europe.
The minister said: “This marks a critical step towards ensuring future generations have the international connections we need, as well as strengthening the links between all parts of the UK and our global hub.
“I have always been clear that this issue goes beyond party politics, and this result demonstrates the clear desire to get on with delivering this vital scheme.
“There is still much to be done, including defending this decision against the potential legal challenges, but we are absolutely committed to working closely with local communities and ensuring Heathrow stick to their promises on addressing the local and environmental impacts of expansion.”
Following today’s designation of the NPS, the next stage of the process will see Heathrow bring forward detailed proposals for planning consent, which would be submitted to the Planning Inspectorate.
As part of this, Heathrow will need to carry out further consultation with local communities on the finer details of their scheme design and the associated compensation and mitigation packages.
Heathrow will also continue to develop plans for the necessary airspace changes around the airport, including new flightpaths. These will also be subject to consultation with local communities, ahead of being submitted to the Civil Aviation Authority for approval.
The developers will also need to keep the Secretary of State and Parliament “appraised of progress,” in particular on how it will meet its commitments to the environment, communities, domestic connectivity and “delivering a scheme in a timely manner that is cost efficient”.
The designation of the NPS marks a significant step forward, in what has been a 50 year saga over increase airport capacity in the south east of England. A rival proposal, for second runway at London Gatwick Airport, was rejected by an Airports Commission, led by Sir Howard Davies, which in July 2015 backed Heathrow’s third runway.
The NPS provides the primary basis for decision making on development consent applications for a north-west runway at Heathrow Airport, clarifying what is required to enable the development of much needed additional airport capacity that is essential for trade and economic growth, whilst setting clear requirements to mitigate the impacts on local communities and the environment.
Added Grayling: “The next step is for applicants to develop their plans, and then carry out further public consultation as required under the act.
“Any application for development consent will of course be considered carefully and with an open mind based on the evidence provided, including through a public examination by the independent Planning Inspectorate, before a final decision is made.”
Airport owner, Heathrow Airport Ltd, said that the vote “clears the way” for unlocking “billions of pounds in growth and creating tens of thousands of new skilled jobs across the UK in the early years of Brexit,” the latter being a reference to the decision of the UK to leave the European Union.
A statement from airport management said: “Britain won’t have to wait long for the benefits of an expanded Heathrow. Over the next 12 months alone, the airport will sign £150m worth of contracts with British businesses, creating 900 new jobs and 200 new apprenticeships.
“Heathrow will also announce the locations of the off-site logistics hubs that will allow businesses across the country to get involved with what will be one of Europe’s largest infrastructure projects.”
In recognition of continued opposition and legal challenges by representatives of the local community near Heathrow, the airport’s statement added that, over the past six years, Heathrow has worked with local communities to design an expansion plan that “treats local people fairly”.
It said that, in addition to the thousands of new jobs the project will create for local residents, Heathrow has also made “binding commitments to deliver a £2.6bn compensation package to local residents, implement a 6.5 hour ban on scheduled night flights and a triple lock guarantee to meet air quality obligations”.
Heathrow will also release detailed plans over the coming months to deliver a skills strategy so local residents can benefit from up to 40,000 new skilled airport jobs that an expanded Heathrow requires – an opportunity that has the potential to end youth unemployment in local boroughs.
Heathrow said that a third runway, allowing for up to 40 new long-haul trading links, will “double the cargo capacity, more competition and choice for passengers and new domestic flights – an expanded Heathrow will make Britain the best connected country in the world and sends the strongest signal to date that Britain is open for business”.