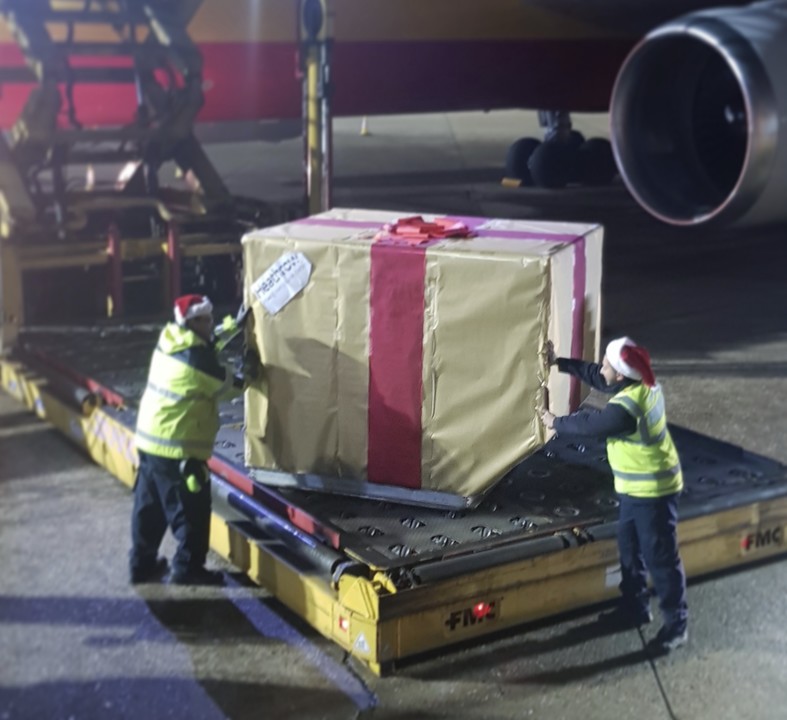 London’s Heathrow Airport has revealed that 144,000 tonnes of cargo – the equivalent weight of 68 London Eyes – is expected to pass through the hub during the festive season.

This figure is reportedly 3% higher than last year’s cargo volumes during the holiday period.

British citizens are expected to import almost 60 tonnes of chocolate to indulge in over the holidays, as well as 130 tonnes of playing cards to enjoy during festive celebrations.

Heathrow’s commercial officer, Ross Baker, commented: “Christmas is always a busy time of year for passengers as they travel to be with family and friends, but it’s also when the unseen magic of the holidays comes to life. Right underneath your feet on your next flight will be examples of the best of British Christmas being sent to the rest of the world.”