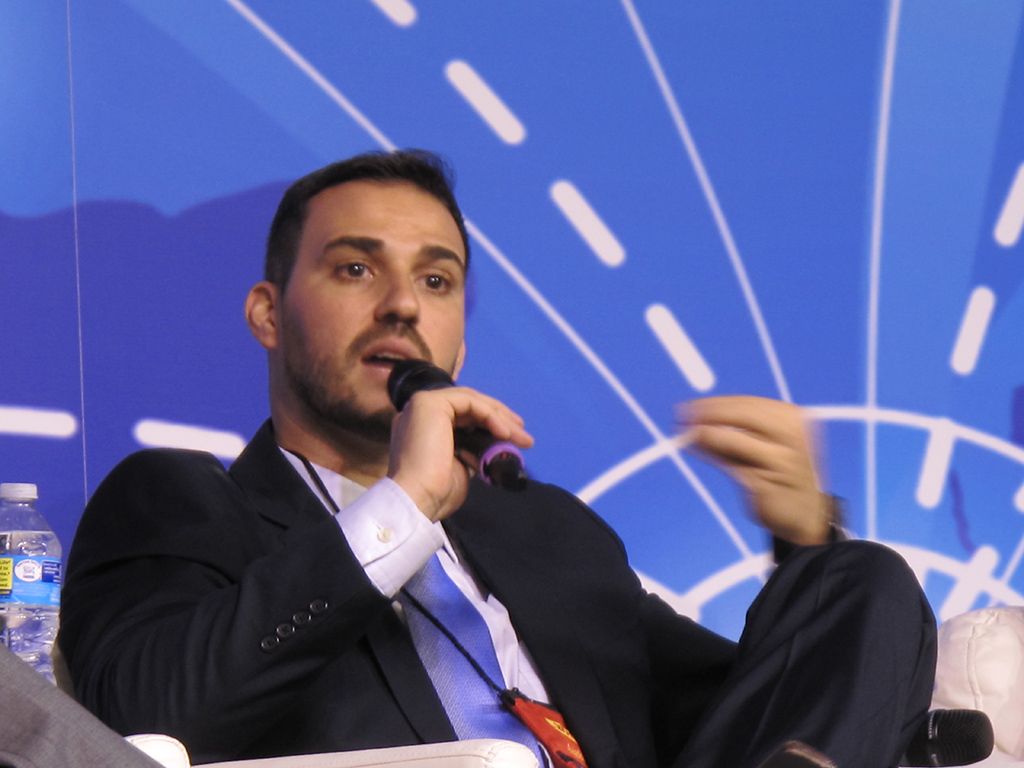 The struggling Brazilian economy has caused a double-digit decline in cargo volumes at Viracopos airport but despite this it has still managed to increase revenues thanks to growth in high value cargo.
Speaking at the Air and Sea Cargo Americas event in Miami, Viracopos Aeroportos-Brasil presidential advisor cargo business Adam Cunha said that the airport’s tonnage was down by 17% on 2014 so far this year, but it had managed to increase revenues by 9%.
This was due to the way airports charge in Brazil and a growth in higher value cargo.
He said: “The reason for the revenue growth despite volume decline is that we focus on cost, insurance and freight (CIF) value as opposed to weight.
“The rest of the industry is focussed on payload factor and kilos, but by law the National Civil Aviation Agency of Brazil requires us to charge based on the value of cargo.
“We are seeing increases in technology and in pharma, which is traditionally low-weight cargo but high value, so that is where our tonnage dip but revenue increase comes from.”
He said the largest declines in volumes came through decreases in automotive and agricultural equipment.
While the requirement to charge by value of cargo had helped with the airport’s revenues, it did also present challenges.
“We have to play a difficult balancing game as an airport because we recognise that we need that tonnage to sustain the airlines, to sustain forwarders and the rest of the supply chain.
“However, from an airport perspective we need to concentrate on the CIF value per kg of our cargo being imported and exported.”