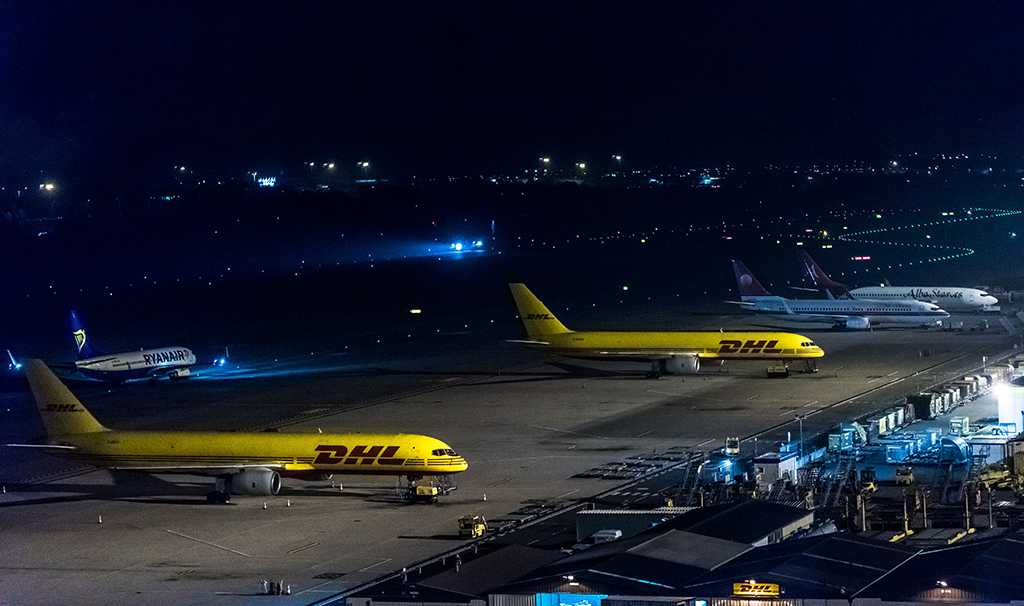 Italy’s Milan Bergamo airport expects a "healthy increase" in freighter operations heading up to the Christmas period.
The commitment to the northern Italian airport from cargo operators follows on from a 2.5% increase in regular cargo movements versus 2017.
Last year, Milan Bergamo handled 125,948 tonnes of cargo, accounting for 10% of all airfreight in Italy, with the airport seeing 8,145 freighter movements in 2017, averaging a 22 a day.
An airport spokesperson said that freighter carriers, including DHL Aviation, have started operating larger aircraft into the airport, to accommodate growth.
Airbus A330 freighters are making more regular appearances as part of DHL Aviation’s normal daily flying schedule from the airport, said the spokesperson.
Giacomo Cattaneo, director of commercial aviation at airport management company SACBO, said: “We are one of the leading cargo centres for Italy, and during the lead up to Christmas we are poised to see 4.3% more weekly freighter movements than in a usual week this winter, helping distribute the planned increased throughput of goods.
“While we have grown passenger numbers to over 12m a year, cementing Milan Bergamo as Italy’s third busiest commercial airport, it’s great to share the positive news of increased cargo operations, with cargo being a core part of our business.”
Cattaneo added: “Cargo operations support 940 jobs at the airport which are directly related to the operation. The increased movements over the festive period by the likes of DHL and UPS further support these positions and helps boost the local and regional economy of Lombardy.”
Milan Bergamo is certified for the management of all types of cargo aircraft, up to and including the An-124 freighter, and has no night time curfew restrictions, said the spokesperson.