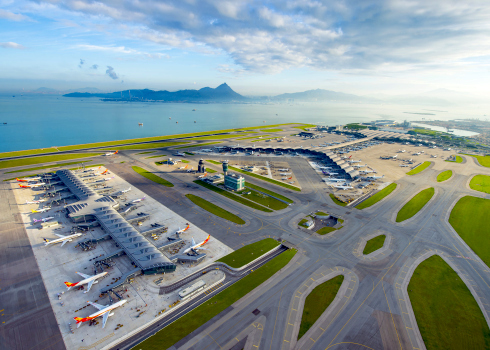 Hong Kong International Airport (HKIA) handled 394,000 tonnes of cargo in April, down by 8.1% on the same month of last year.

There was an 11% decline in imports and a 10% decline in transhipments volumes, with traffic from Southeast Asia and Europe seeing the most significant decreases.

Over the first four months of this year, HKIA saw a total cargo throughput of 1.5 million tonnes, a decline of 6.1% compared to the same period of last year.

On a rolling 12-month basis, HKIA’s cargo throughput reached 5 million tonnes at the end of April, a decrease of 1.7% compared to the previous 12 months.

According to the airport authority, cargo volumes remained weak in April due to “uncertain global economic conditions”.

HKIA was named “Freighter Hub of the Year 2019” at the recent Cargo Airline of the Year awards hosted by Air Cargo News.

And the airport operator, Airport Authority Hong Kong (AA), has confirmed that the cargo hub remains optimistic. Cissy Chan, executive director, commercial at the AA, declared: “HKIA has been recognised as the world’s busiest cargo airport since 2010.

“We will develop our cargo strategy in three key areas – e-commerce, transshipments and high-value logistics – while continuing to work closely with our business partners to maintain HKIA’s position as the world’s leading air cargo hub,” she added.