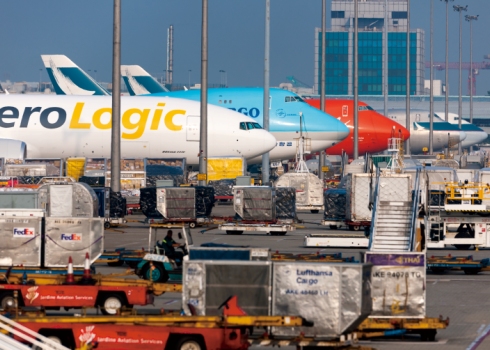 A decline in transhipment traffic during August saw Hong Kong International Airport (HKIA)‘s monthly cargo volume drop by 1.2% to 361,000 tonnes compared with the same month last year.
It is the sixth month in a row for 2015 that the world’s number one cargo hub, handling 4.4m tonnes in 2014, has recorded a decline in airfreight volumes.
For the first eight months of 2015, Hong Kong’s airport has seen total throughputs near static at just over 2.8m tonnes, a 0.1% increase over like period prior year.
HKIA said in a statement: “The decline in cargo throughput last month was mainly attributed to the five percent year-on-year drop in transhipments. Exports registered a slight growth while imports decreased by one percent compared to the same month last year.
“Amongst the key trading regions, mainland China and Taiwan registered the most significant drop in the month. Traffic to/from Europe grew most significantly compared to other key regions.”
By comparison, passenger volume and flight movements at HKIA reached new monthly highs in August. Passenger throughput rose 8.8% year on year to 6.3m, breaking a monthly record for the second consecutive month.
Only last week, Beijing’s Civil Aviation Administration of China (CAAC) said that it “fully supports” HKIA’s plan to expand into a three-runway system.
The CAAC will also “proactively implement various initiatives” concerning airspace management in the Pearl River Delta region around Hong Kong.