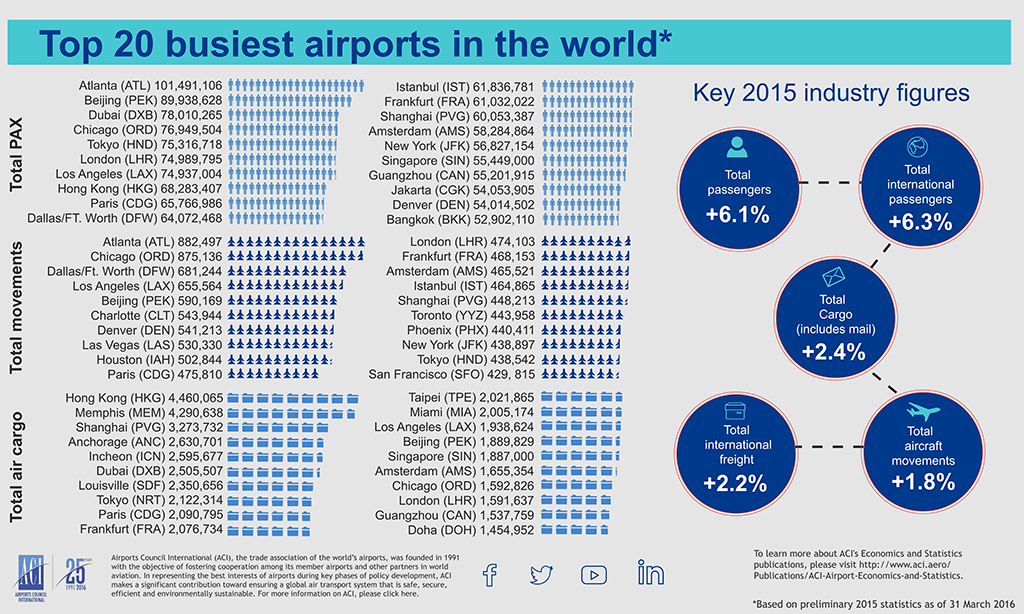 Hong Kong International Airport (HKIA) remains the world’s largest air cargo hub, said Airports Council International (ACI) in its preliminary world airport traffic rankings.
Cargo at the Asian gateway was up 0.4%. Memphis in the US was second (up 0.8%), followed by Shanghai Pudong Airport, which was up 2.9%.
Other highlights were “robust growth” of 15.6% at Chicago O’Hare, “despite apparent pockets of weakness in the air cargo markets”, said ACI, adding: “With recently expanded air cargo facilities, the airport maintains its status as a major nexus for global trade and a link to the multimodal transfer of goods across the continent.”
Doha, one of the fastest growing airports in the world, entered the cargo world’s top 20 following a 46% jump in air cargo volumes in 2015.
Overall, total cargo (including mail) at all ACI airports rose 2.4%, while international freight grew 2.2%. Cargo growth however lagged behind the 6%-plus increase in passengers.
ACI World director general, Angela Gittens, commented: "It’s impressive to witness the dynamic character of the aviation industry and its evolution over time. In certain markets, we see both airlines and airport operators expanding and optimizing their capacity in order to accommodate the growing demand for air transport.”
She said this was true even in mature markets such as the US and Western Europe, where several major hubs saw growth rates in passenger traffic that were well above the historical growth levels for these regions.
Middle Eastern and Asian hubs serving long haul routes in emerging markets meanwhile continued to rise in double-digits, thanks to the continued rise in income and liberalisation of air transport. However, airport capacity considerations in major city markets will remain paramount if the surge in demand for air travel is to be accommodated, Gittens warned. 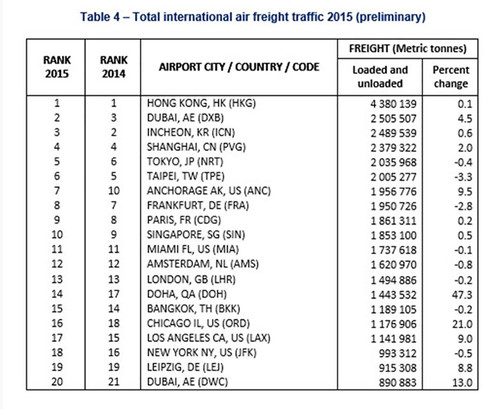