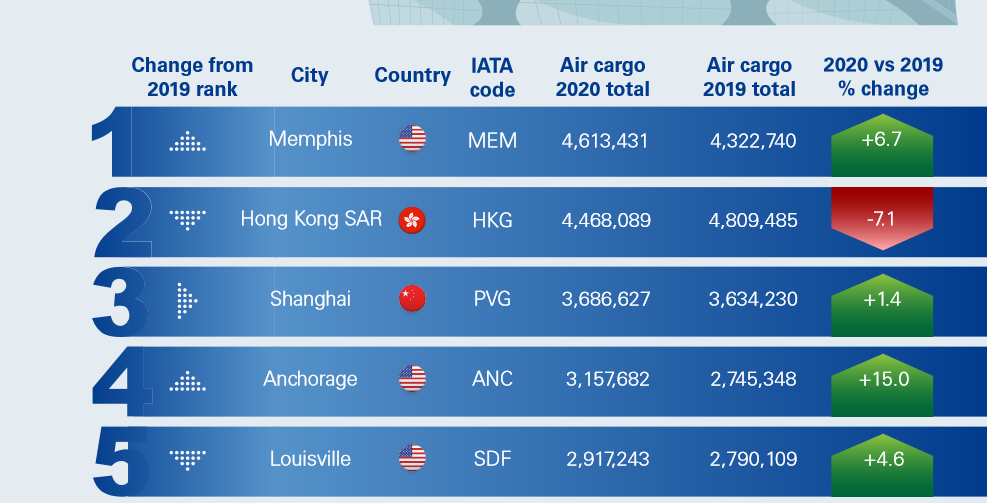 Preliminary statistics from Airports Council International (ACI) show the the top ten air cargo hubs in 2020 saw volumes increase by 3% last year to 30.5m tonnes, while overall demand at airports was down 8.9% to an estimated 110 tonnes.

“The gain [at the top 10 hubs] can be attributed to the increase in demand for online consumer goods and pharmaceutical products and personal protective equipment,” the airport organisation said.

The most noteworthy change in the top 10 was Memphis International rise to the top as it registered a 6.7% increase in cargo traffic to 4.6m tonnes.

The airport is the home hub of express giant FedEx, which operates the world’s largest freighter fleet and handles more cargo/parcel volumes than any other carrier.

Former number one Hong Kong saw its cargo volumes drop by 7.1% to 4.5m tonnes as the loss of passenger operations and therefore bellyhold cargo took its toll.

However, it kept the top spot in terms of international freight volumes (not including parcels).

The only other top 10 airport to see its volumes drop was Qatar Airways home hub Doha, which registered a 1.8% decline to 2.2m tonnes.

The fastest grower on the list was freighter transhipment hub Ted Stevens Anchorage International, which was up 15% to 3.2m tonnes. 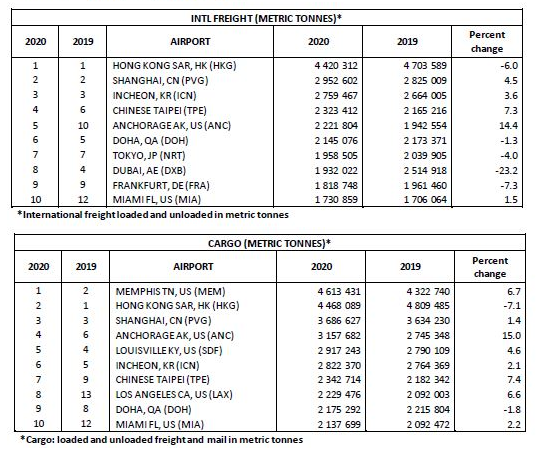