Hong Kong on the rise 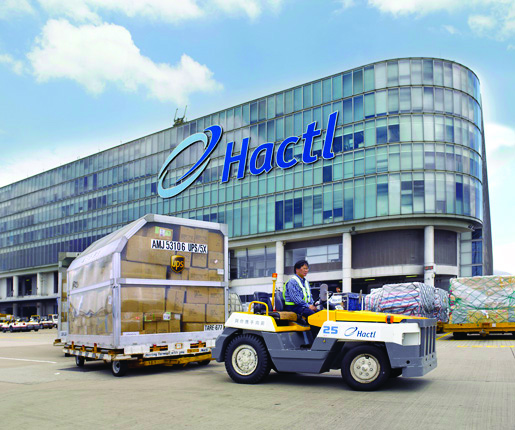 Hong Kong Air Cargo Terminals Limited (Hactl) finished 2014 with a strong final quarter that helped fuel an 8.7 per cent rise in full year handled volumes to just over 1.8m tonnes.
Hong Kong’s major independent cargo handler ended 2014 with its strongest quarter of the year, handling 491,000 tonnes, an increase of 4.9 per cent on the same period of 2013.
For the year as a whole, Hactl’s exports increased by 6.7 per cent to just over 1m tonnes, imports were up 10.3 per cent to 498,000 tonnes, transshipments were up 28.6 per cent at 131,000 tonnes, and mail/express traffic grew 3.1 per cent to around 150,000 tonnes.
Says Hactl chief executive Mark Whitehead: “This is a very pleasing result, with good increases in all areas of our business. Transshipments once again showed exceptional growth, fuelled both by increased road feeder activity by our subsidiary Hacis, and the continuing underlying development of Hong Kong as Asia’s preferred regional hub.
“The ongoing strong growth of our business, based on our 100 airline customers, clearly demonstrates the need for Hong Kong’s third runway.
“For Hong Kong to continue such impressive development and maintain its position as the world’s number one cargo hub, we must have the additional capacity necessary for airlines to realise their full potential.”
The last quarter of 2014 was also the best of the year for exports, which totalled 287,000 tonnes, up 4.2 per cent on 2013, for imports, which totalled 131,000 tonnes (up 7.7 per cent) and for mail and express, which totalled 41,500 tonnes (down 2.2 per cent).
Transshipments totalled 31,000 tonnes, up 11.1 per cent, but only the third highest quarter of 2014.
Did you find this article of interest, if so why not register for a FREE digital subscription to Air Cargo News? – Find out more