Hong Kong top of the league for air cargo 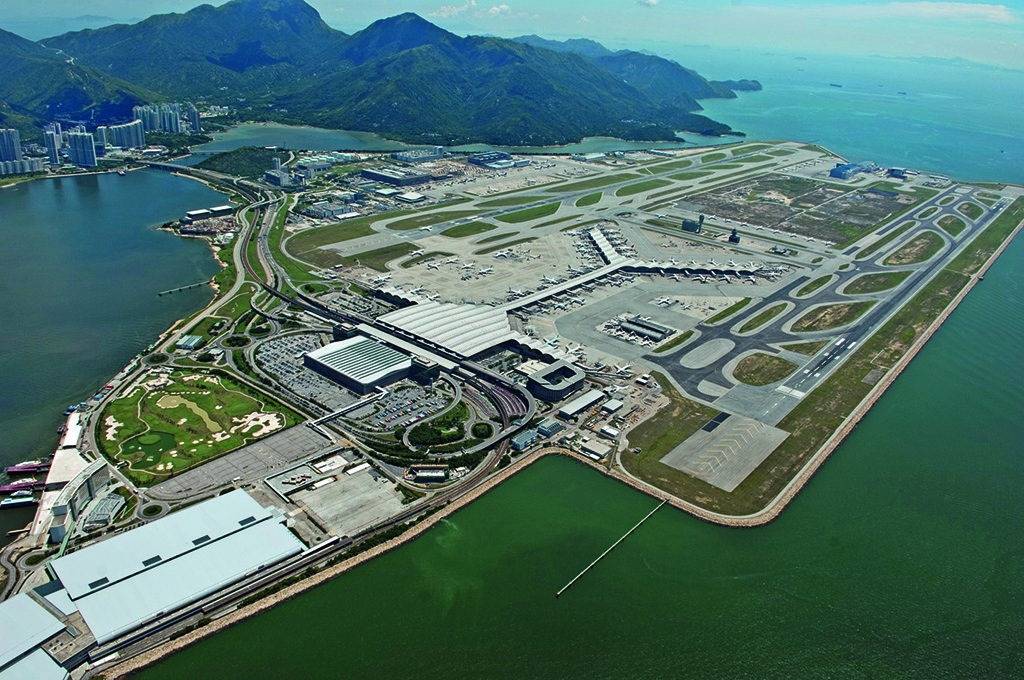 Hong Kong (HKG) continues to be the world’s largest air cargo hub, handling 4.4m tonnes in 2014, a six per cent increase in volumes over prior year.
The preliminary annual statistics from Airports Council International (ACI) puts Memphis (MEM) in second place with 4.2m tonnes, an increase of 2.9 percent, followed by China’s Shanghai airport (PVG) in third position at 3.2m tonnes and with an 8.6 per cent rise in its freight tonnages for the year.
South Korea’s Incheon (ICN) was fourth with 2.5m tonnes, up 3.8 percent, and then Anchorage (AK) in fifth position at 2.5m tonnes, a rise of three per cent year on year.
Anchorage moved up one position, jumping ahead of Dubai (DXB), the latter’s 3.1 per cent decline in tonnages reflecting the switch of pure freighter traffic to the new Dubai World Cargo facility.
World’s busiest airports, preliminary rankings, total air cargo traffic 2014: 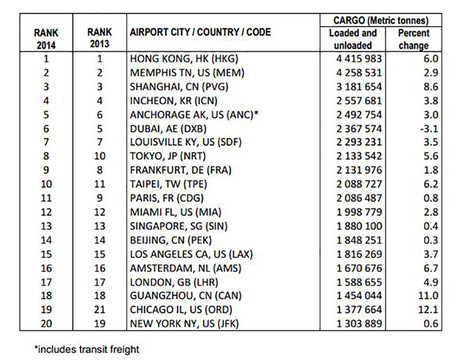