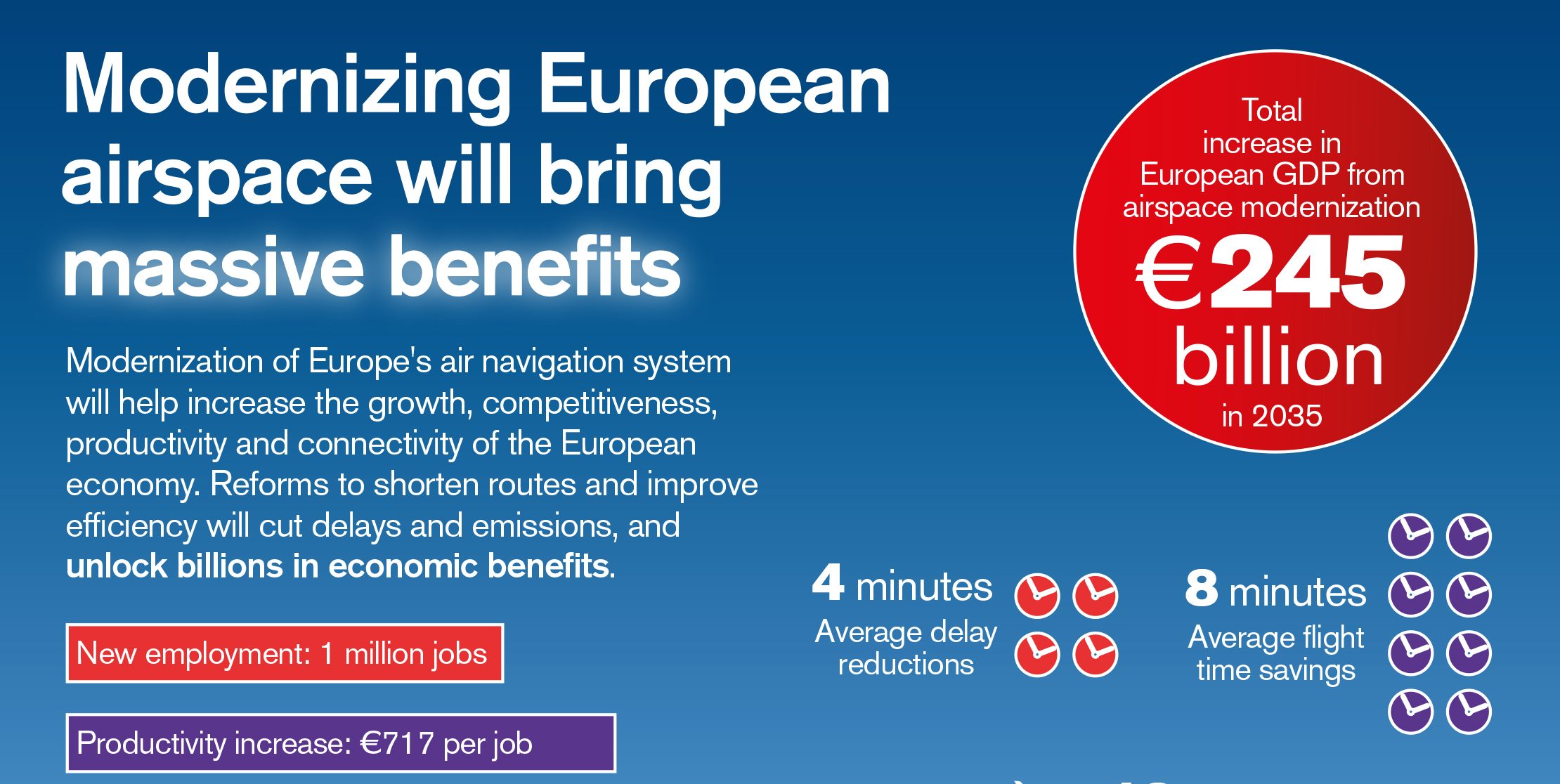 Bringing Europe’s airspace up to date could boost the economy by €245bn ($278bn) by 2025, says a new IATA study.
The report, which marks the start of a campaign by the airline association, claims that the average flight is currently nearly 50km longer than it need be and is delayed by around ten minutes, thanks to inefficient air traffic control. As well as delays, the inefficiency also increases carbon emissions, points out IATA director general and chief executive, Tony Tyler.
Europe does have a long-term plan to improve its air traffic management through the Single European Sky (SES) project but has so failed to achieve it, despite urging by the European Commission. National interests have always trumped wider goals, claims IATA.
Tyler described the study as “a call to action…to help deliver a stronger, more connected economy."
A fully modernized and reformed airspace in 2035 could boost Europe’s economy by creating the conditions for up to 2.2% faster expansion of trade in services, 5.5% more patent applications, 4.7% greater research spend and 1.3% more employment in knowledge-intensive industries.
Tyler pointed to the US, which has one provider to manage its airspace compared with Europe’s 38, concluding: “If nothing is done, the problem will only get worse."