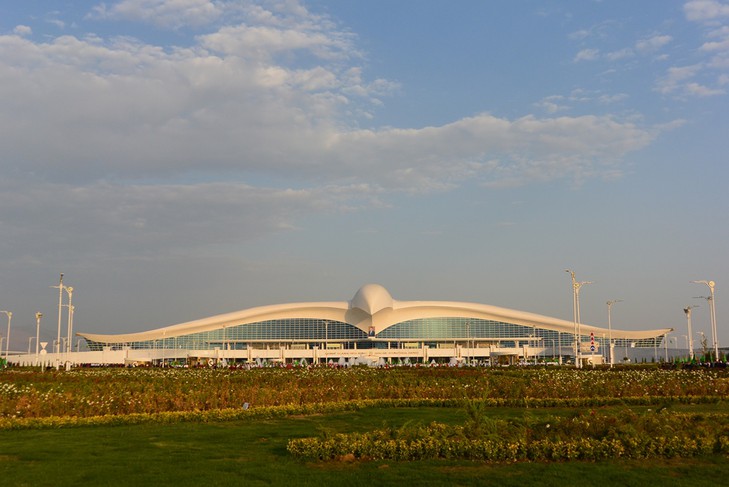 ICAO has backed Turkmenistan’s plans for its new Ashgabat airport to become a freight hub, but also highlighted a number of priorities it should pursue to support air traffic growth.
In a meeting last week with the president of Turkmenistan, Gurbanguly Berdimuhamedov, ICAO Council President Olumuyiwa Benard Aliu pledged support for the state’s goal of establishing a regional transit and airfreight hub in Ashgabat.
“Turkmenistan is making good progress in support of its air transport sector today, and I have encouraged President Berdimuhamedov and his government to help ensure that its continuing progress proceeds in line with ICAO’s global provisions for safe, secure, efficient and environmentally sustainable air transport,” Aliu commented.
“Effective ICAO compliance is the most important foundation any state can establish as they seek to improve local prosperity through aviation’s unique global connectivity.”
Aliu also encouraged the State to establish suitable commitments and coordinate investments for its air transport infrastructure expansion and modernisation, and noted that the country could count on ICAO’s support towards the development of its new State Action Plan for air transport emissions reduction to help sustainably guide that growth.
In September last year, new air cargo facilities were introduced in Ashgabat, Turkmenistan after the opening of a brand new international airport terminal.
Built on a 1,200 hectare site, the terminal incorporates 190 buildings with facilities for both passengers and cargo, as well as a new flight training centre and food preparation areas.
Operated by the Turkmenhovayollary State National Service, Ashgabat will be capable of handling 200,000 tonnes of cargo per year, with the new facility covering an area of 17,174 sq m. The cargo terminal includes an air cargo ramp with five aircraft stands, two cooling facilities and warehousing space.
An ETV-system (Elevating Transfer Vehicle) will assist in cargo handling and transfer between storage areas and each of the four import and four export loading dock bays.
The cargo terminal will also house Turkmenpost, the state run postal service, with sorting halls and service rooms.
A new 3.8km runway has been constructed, while the existing runway has been refurbished and increased to the same length, allowing aircraft of all sizes to land and take-off on either runway.
Covering an area of more than 190,000m3, the main terminal building is said to have capacity for 14m passengers per year and has been designed to resemble a falcon – Turkmenistan’s national bird – in flight. It also cost an eye-watering $2.3bn to construct.
Once the cross roads of the Silk Road trading route, the aim is to once again see the country become an important staging post, transforming it as a transit hub servicing the Middle East and neighboring countries including Iran and Afghanistan.
Read more cargo airport news