Istanbul New Airport gears up for opening it doors 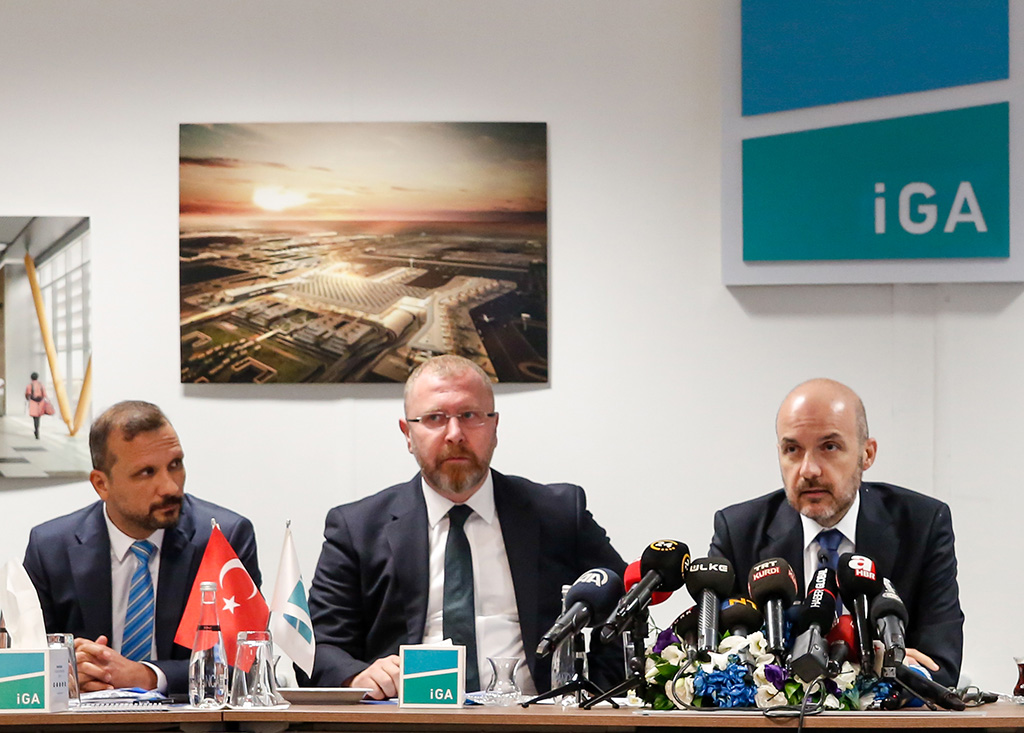 Management at Istanbul New Airport are readying for the big day on October 29 when the huge new gateway accepts its first passengers and cargo.
H Kadri Samsunlu, chief executive and general manager of İGA, the company awarded the build and operate contract for the new mega-hub, said that every little detail has been taken into account for what he expects to be a flawless movement of flights from the current main city gateway, Istanbul Ataturk, to the new gateway.
“We will witness a transfer unprecedented in its size,” he said, adding: "The transfer to İstanbul New Airport will be the biggest ever airport transfer in the world.
“There have been no airports transferred further than 45 km. Since 2016, we have been meticulously carrying out our work regarding the transfer to İstanbul New Airport,” Samsunlu continued.
“At this point, we have finished training the airlines, particularly Turkish Airlines, ground services and other stakeholders, all in order to ensure their orientation to the airport in the operation preparation process.”
Plus: “We will carry out three major trials in the coming month for operational preparation. A total of 9,000 people and ten real planes will be used,” Samsunlu added. “We are working on scenarios based on 105 different subjects and events.”
ORAT

What is called the Operational Readiness and Airport Training (ORAT) process for the airport launch began as far back as 2016.
The process has seen 27,522 class training sessions and 28,225 field training sessions provided to managers and staff of Turkish Airlines, HAVAŞ, ÇELEBİ and Turkish Ground Services, as well as the employees of other stakeholders that will provide services at the new airport.
In line with the planned the ORAT workflow, class and field training sessions have been followed by a period of trials.
A total of 46 scenarios have so far been tested as part of this trials phase (in the period since May 31).
These scenarios will be further tested in the period between now and the opening of IGA, and will involve tranches of 1,000, 3,000 and 5,000 people involved in trials for different event scenarios.
In the last week of September, the first of these three impending trials will see 1,000 simulated passengers, 2,000 pieces of luggage and around 800 workers at the airport involved, also taking in two aircraft of Turkish Airlines and 50 ground support equipment (GSE) vehicles.
The first week of October will see the second trial take place, involving 3,000 simulated passengers, 6,000 trial pieces of luggage and around 1,000 staff members from operational stakeholders at the airport, alongside three aircraft of Turkish Airlines and 150 GSE vehicles. T
he third trial is scheduled to take place in the second week of October. It will involve 5,000 simulated passengers, 10,000 trial pieces of luggage and around 1,000 staff members from IGA and, other stakeholders, five real aircraft and 200 GSE vehicles.
These trials are designed to test the general readiness of the facilities, systems, procedures, equipment and personnel at IGA.
Meanwhile, the airport’s IT systems also continue to be fine-tuned. Structural fibre and copper cabling, the gateway’s wireless network, physical security systems, flight information system, terminal management system, check-in and boarding systems, enterprise resource planning (ERP), airport operational control centre, baggage reconciliation and sorting systems, and local departure control systems have all been prepared for the grand opening next month.