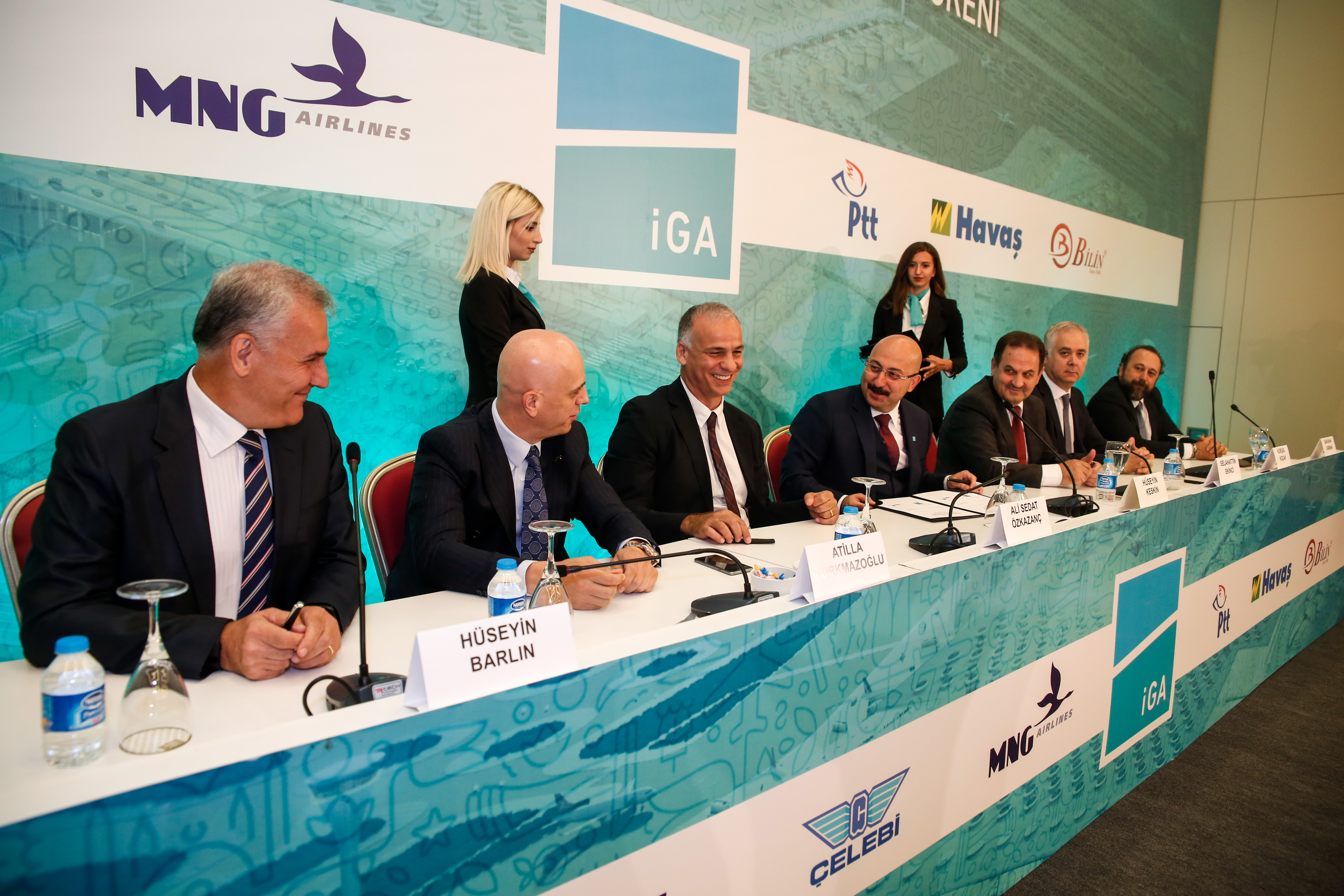 The operator of Istanbul New Airport, Turkey’s showcase hub set to open in 2018, has signed 25-year contracts worth €250m with six companies for its Cargo City and Ground Services Campus sites.
IGA Airport Operation, which has the contract to build and operate the mega hub, said that it has signed contracts with MNG, PTT, Çelebi Ground Handling, HAVAŞ, Sistem Logistics and Bilin Logistics, which will be based at Cargo City, while MNG, Çelebi Ground Handling and HAVAŞ will be also be located at the Ground Services Campus.
A spokesperson confirmed that those with MNG, PTT and Çelebi are ground handling contracts, while those with HAVAŞ, Sistem Logistics and Bilin Logistics are cargo contracts.
As part of the concession contract, the six companies will build their own facilities at Istanbul New Airport.
When complete, the airport’s allocated cargo area will equal 1.4m sq m in total, including cargo aircraft parking areas which will allow the simultaneous handling of 35 wide-body cargo aircraft.
The existing main Istanbul gateway of Ataturk Airport, which will be replaced by the new hub, handled 918,000 tons in 2016 and is expected to reach 1m tons by the end of 2017.
IGA Airport Operation chief executive Hüseyin Keskin said: “Istanbul New Airport is up to improve this capacity. Once opened, the airport will have 2.5m tons of cargo capacity. Currently, the airport with the largest global cargo movement is Hong Kong Airport with a volume slightly more than 4.5m tons. Yet, the Istanbul New Airport will have a capacity of 5.5m tons when all its phases are complete.”
Keskin said: “Turkey’s strategic location, significant investments by Turkish Airlines in the freight sector, and the developing economy of our country, ensure that Turkey becomes an ever more crucial center for air cargo transportation.”
He added: “Within this scope, we signed area allocation agreements, totalling €250m, with six major Turkish-founded companies. We had concluded the duty-free zone agreement last year. Contract phase is underway for food and beverage areas, and we will be going out to auction for advertisement allocation areas in the coming months.”
Keskin said that İstanbul New Airport will launch with flights to 350 destinations, supporting Turkey’s targeted export growth, while increasing its capability in serving the e-commerce market.