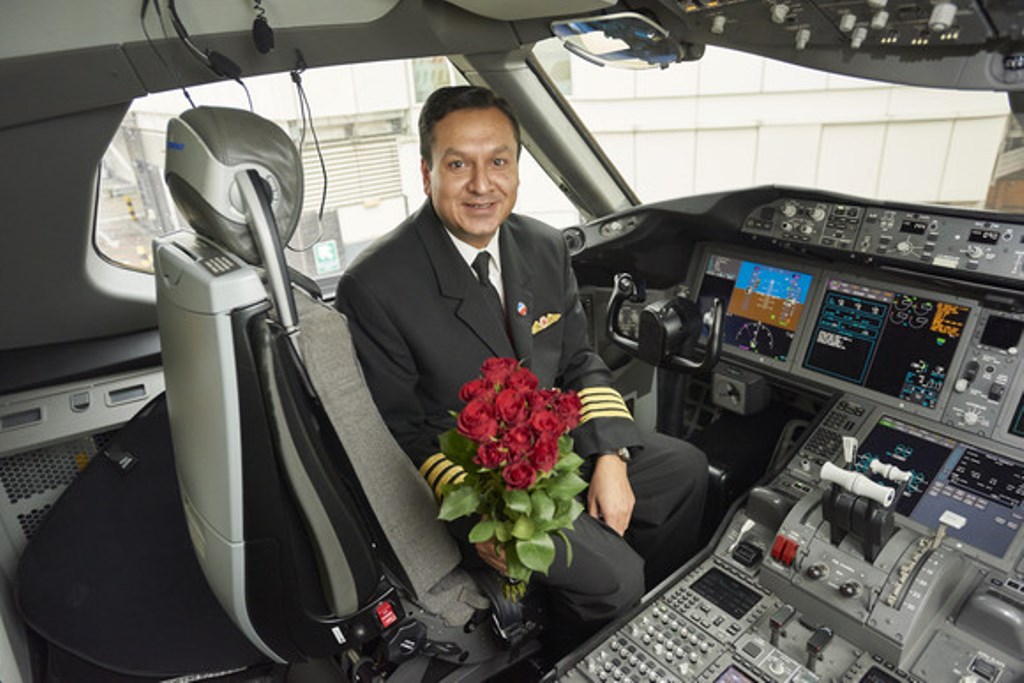 Benjamin Franklin said that there are two things that are certain in life, death and taxes. If, however, Franklin had been a freight transport journalist he could have added a third to that list, that mid-February would see an outpouring of press releases about the transport of roses for Valentine’s today.
So far there have been releases from express firm UPS, Heathrow Airport, Emirates SkyCargo, IAG Cargo, LATAM and American Airlines and there is still time for more.
The releases do actually contain some interesting facts, for instance, UPS reckons it will deliver a whopping 89m flowers, enough to fill 64 Boeing 767s, for this year’s Valentine’s day.
According to the National Retail Federation, U.S. consumers are projected to spend $2bn on flowers and more than $18bn on Valentine’s Day gifts, it adds.
Many of the tropical flowers and roses originate in Latin America, primarily Colombia and Ecuador. More than 90% of the imported flowers will travel through Miami International Airport (MIA), where UPS is the largest air cargo carrier.
The flowers stay fresh in a refrigerated warehouse about the size of five basketball courts located in the UPS air cargo facility in Miami, where they are inspected and sorted for travel to their final destinations.
Meanwhile, Heathrow airport said that almost 8m stems of roses, equating to 570 tonnes, are expected to be imported in February, with 93% of UK imports of fresh cut roses traveling in aircraft.
The vast majority (88%) of fresh cut flowers purchased in the UK actually hail from countries along the equator, where they can flower year-round.   In 2015, Kenyan roses accounted for 60% of rose imports at Heathrow – with the remainder from Colombia, India, Tanzania, and Ecuador.
Heathrow head of cargo Nick Platts said: “While Heathrow’s cargo team may be best known for their daily handling of smoked salmon and engine materials, Valentine’s Day brings out the crew’s sensitive side as the warehouses are infused with the scent of red roses."
American said the first part of February is traditionally one of its busiest times of the year with weeks of carrying shipments of freshly cut flowers—including everything from tulips and Baby’s-breath to roses.
Last year alone, American transported more than 19 million pounds of flowers all over the globe.  Most of these flower shipments are grown in places like the Netherlands, the US, Ecuador and Colombia.
In fact, flowers are a top export from Latin America. Once picked, flowers are packaged and sent to AA Cargo, then loaded onto the aircraft with one mission in mind: to warm hearts and brighten spirits.
Flowers are carefully stored so they maintain the highest possible quality throughout the entire shipping process.
American began worldwide shipments for Valentine’s Day during the first week of February and, on average, will transport 10 to 15 tons of fresh cut flowers out of Amsterdam alone during those couple weeks.
Emirates, meanwhile, has added a rose decal to one of its B777 freighters. Between January and December 2016, Emirates SkyCargo transported over 70,000 tonnes of fresh flowers around the world.
"Although the transportation of flowers is a year-round activity, there is a marked increase in the volume of flowers- in particular roses- being transported around Valentine’s Day which is the single most important annual date for floriculturists worldwide," the airline said.
"It is estimated that close to 250m stems of roses are grown worldwide exclusively to cater to the increased demand for flowers around Valentine’s Day.
"Emirates SkyCargo adds supplementary cargo capacity every year in the major flower trade lanes to be able to bring the additional volumes of flowers to Aalsmeer – the world’s largest flower auction house in Amsterdam – and from there onwards to other global destinations."
In the week running up to Valentine’s this year, Emirates SkyCargo has operated 4 freighters over and above the daily scheduled freighter service from Nairobi bringing close to an additional 350 tonnes of flowers into Amsterdam. Additional capacity was also deployed to supplement the thrice weekly freighter service between Quito in Ecuador and Amsterdam in order to cater to the demand around Valentine’s Day. 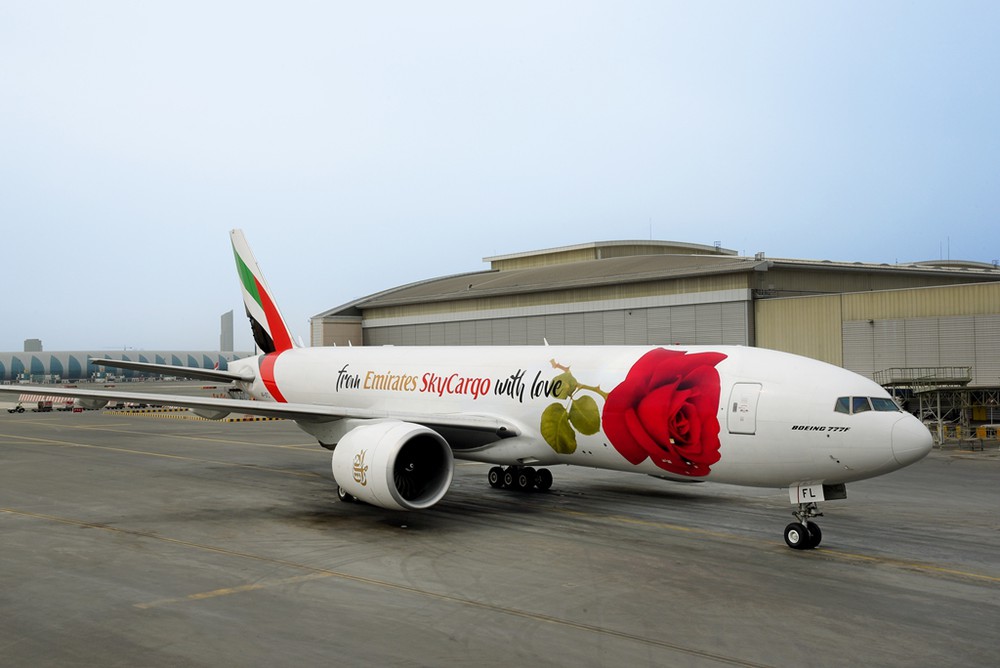 LATAM Cargo transported more than 160m bouquets of flowers (around 9,000 tons) in the three weeks leading up to Valentine’s Day, representing 21% of the total Latin American flower market over this period.
Between January 16 and February 7, over 140 cargo flights departed from Ecuador and Colombia, tripling the average of weekly air cargo shipments.
Between Bogotá, Colombia and Miami – where LATAM transports 360 tons on average per week this figure reached 900 tons per week this Valentine’s Day season.
Likewise, between Quito, Ecuador and Miami, shipments increased from 450 to 1,500 tons per week. In total, LATAM Cargo transported over 4,200 tons of flowers from Colombia and more than 4,700 tons from Ecuador.
During this period, the cargo aircraft depart from Bogotá and Medellin in Colombia as well as Quito, Ecuador, with the US and Netherlands being the principal destinations. The majority of shipments land in Miami, one of the most important distribution hubs in the world and a center for LATAM Airlines Group’s cargo operations.
This season, LATAM Cargo transported approximately 7,500 tons to Miami International Airport, which representing over 80% of the flowers transported by the group.  90% of the flowers remain in the state of Florida and the remaining 10% are transported to other parts of the US such as Los Angeles.
In a typical week, Miami airport receives about 5,000 tons of flowers from Ecuador and Colombia, but in the weeks leading up to Valentine’s Day, this weekly traffic almost triple, surpassing 14,000 tons.
LATAM Cargo flew all the flowers for this Valentine’s Day in dedicated cargo aircraft, which have the capacity to ship between 3,100 and 5,200 boxes, equivalent to more than two million flowers per shipment.
Meanwhile, IAG Cargo said in the two weeks prior to Valentine’s Day, it noted an 18% increase in volumes of flowers moving from Columbia and Ecuador when compared with the same period last year, with carnations and roses dominating the floral shipments from Latin America.
IAG Cargo has also seen volumes of high end chocolates travelling from European origins, such as Belgium and Switzerland to Asia and the US.
While the majority of flowers shipped are destined for the UK and Spain, frequent connections to over 143 European destinations ensure that any onward transit is quick and efficient, meaning the freshness and integrity of the flowers is maintained throughout any onward journey.
To ensure that flowers from Colombia and Ecuador arrive in as fresh a condition as possible, IAG Cargo has invested in FriGo cooling trucks at its Madrid hub which ensures that temperatures are maintained when perishables leave the aircraft. This helps ensure that the high volumes of flowers arrive in optimum condition.