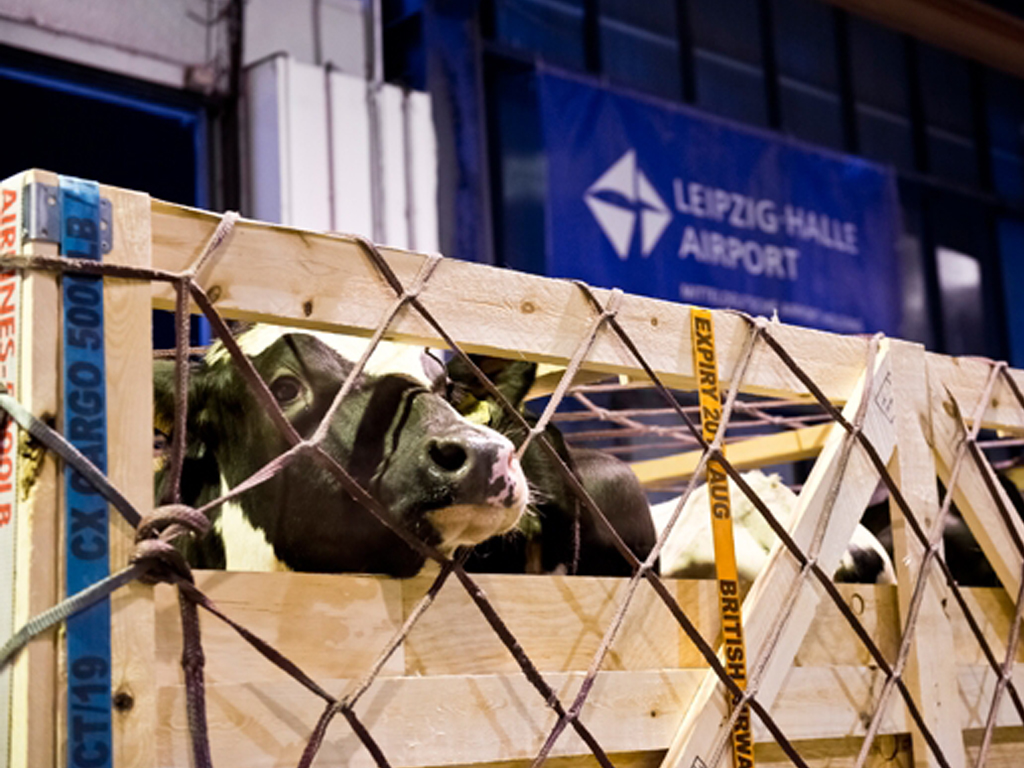 Leipzig/Halle Airport has handled the movement of no less than 165 cattle who were making their way from Germany to the Gulf region.
The animals were handled at the airport’s Animal Export Center, before being loaded on-board a Boeing 747-400 for their journey to the Middle East.
Originating in the German states of Saxony-Anhalt and Thuringia, the animals were driven to Leipzig/Halle in five large trucks.
At the airport, all their handling was undertaken in collaboration by FARHAT, which operates in the cattle and meat wholesale business, and PortGround, a subsidiary of Mitteldeutsche Flughafen AG, which also owns Leipzig/Halle.
Leipzig/Halle’s Animal Export Center covers an area of 1,300 sq m and has been operating since 2010.
The facility has a large delivery area, which can be used for exercising animals.
It also offers various stabling facilities for animals. Veterinary personnel and customs officers work round the clock.
A veterinary border inspection post holding a permit to import animals from other countries and handle them in transit is another important feature of the Center.
Leipzig/Halle Airport is Germany’s second-busiest air cargo gateway, and the fifth-largest airfreight hub in Europe. It handled over a million tonnes of airfreight last year.