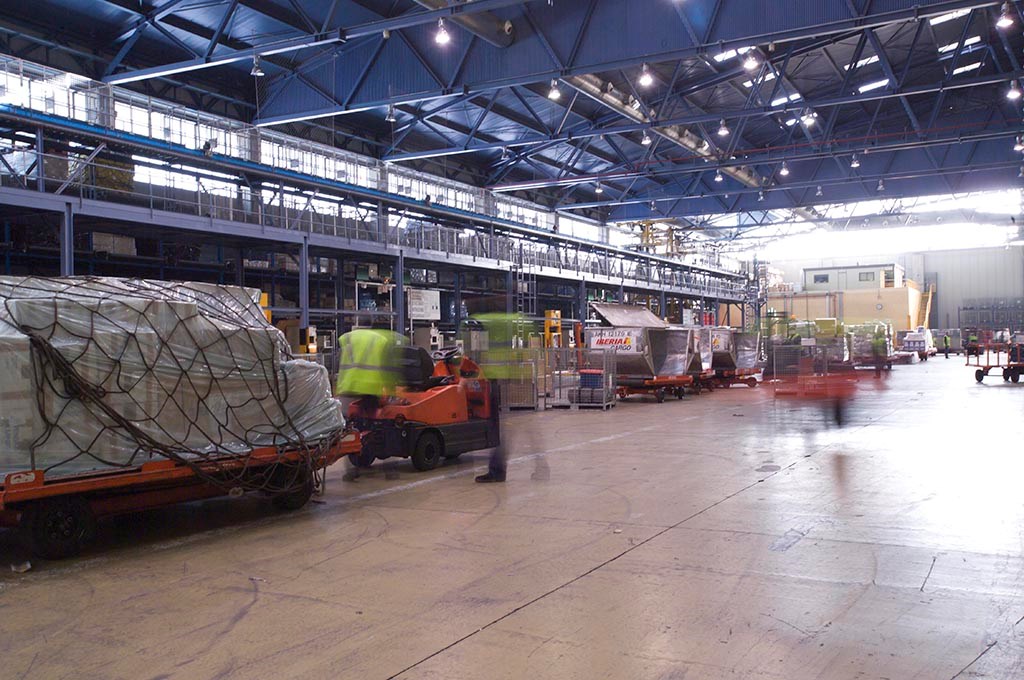 A report from LogIndex, the data company that is part of freight forwarder Kuehne + Nagel Group, has ranked the world’s airports according to their airfreight growth rates on a moving 12-month basis (see below for table).
LogIndex managing director and K+N Management global head of new business João Monteiro summed up: “All of the airports in our sample show rising annual rates, even though the uptrend has slowed substantially in 2018. Looking ahead, there are reasons to be cautious amid rising uncertainty and threats from protectionist measures and rhetoric.”
On average, the 21 airports included in the report demonstrate a growth rate of around 6%.
Madrid Barajas International Airport came top, with a growth rate of 15.5%.
This was driven by significant international inbound and outbound tonnages, LogIndex said, and is in line with the general trend across Spanish airport operator Aena’s gateways in the first five months of 2018 (up 14% year on year).
Mexico City, up 12.1%, ranked second as international volumes moving through the gateway rose significantly; Shanghai Pudong placed third with a 10% increase in traffic.
Of course, an airport with a relatively low cargo throughput can achieve significant growth with even a small increase in volume – and vice versa. As such, it is perhaps unsurprising that major freight gateways like Frankfurt and Paris are demonstrating a fairly flat trend in their cargo growth rates.
Similarly, Hong Kong, the world’s largest cargo hub by volume, placed 12th in the table although its growth of 5.4% would translate into a substantial tonnage figure.
The high ranking of airports in New York, Chicago, Zurich, and London (Heathrow) is “noticeable”, LogIndex said – particularly the latter, in light of the current uncertainty surrounding Brexit and the resulting “rather sluggish developments” in Britain.
The company noted that the pace of global airfreight growth has slowed in the last six months, a development that has coincided with a reduction in export orders in the manufacturing sector. 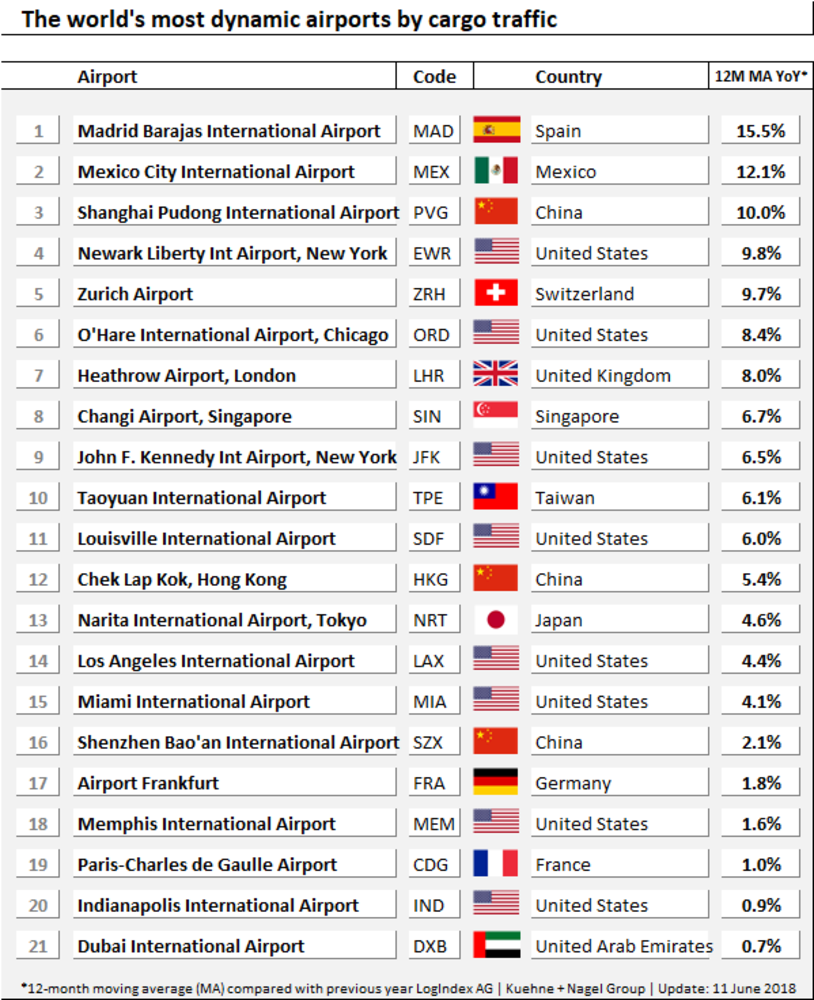