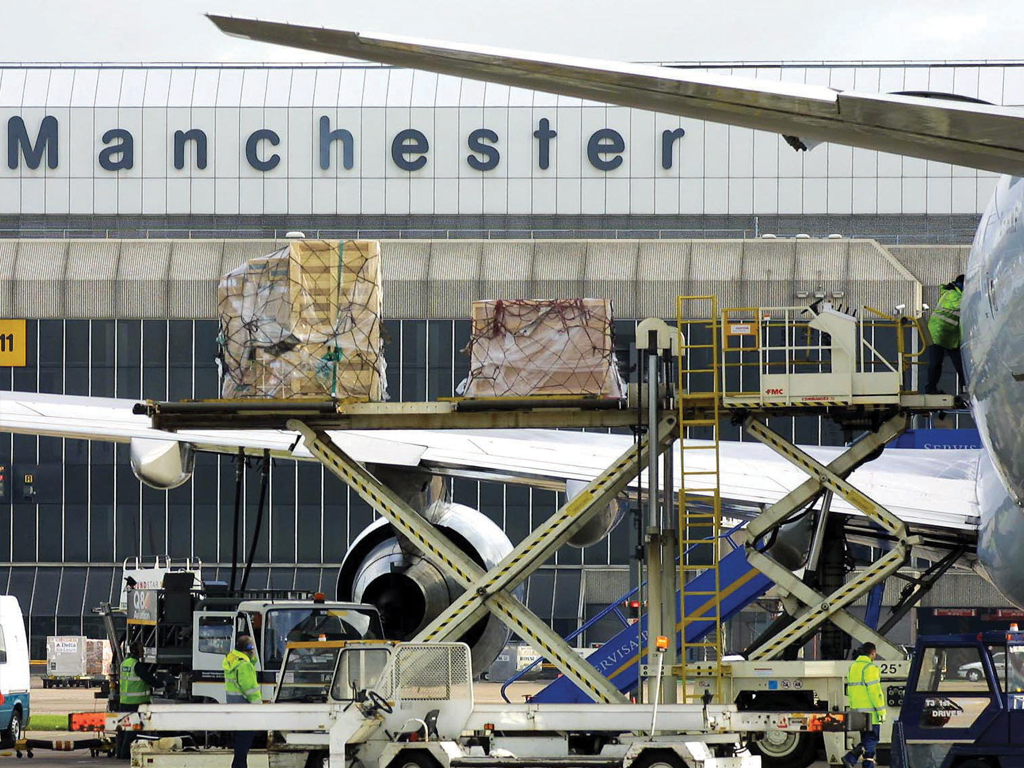 The various airports owned and operated by the UK’s Manchester Airports Group – London Stansted, East Midlands and Bournemouth in addition to Manchester – enjoyed mixed fortunes in terms of their freight operations last month (July).
Cargo volumes fell by 4% year-on-year at East Midlands to 27,153 tonnes, but there was much better news at both London Stansted, where cargo traffic rose by 0.4% to reach 20,820 tonnes, and especially at Manchester, where freight volumes rose by 14.2% year-on-year to reach 10,118 tonnes.
The favourable news from Manchester was mainly attributable to new long-haul routes opened up out of the gateway – including Hainan Airlines’ new services to Beijing, which were launched in June – meaning a sizeable increase in available bellyhold capacity.
According to MAG, the UK’s largest independent airport operator: “In the last quarter, more than £85m worth of pharmaceutical products and 276 tonnes of powdered milk have been exported through Manchester Airport to China alone.
“Existing key routes to the Middle East and Far East have also performed well,” the airport operator observed.
In July, MAG reported that its cargo income had grown strongly in the financial year ended 31 March. Continued growth in internet shopping and new routes boosted freight revenue by 7.0% year-on-year to £22.7m, while cargo volume across the group rose by 4.8%.