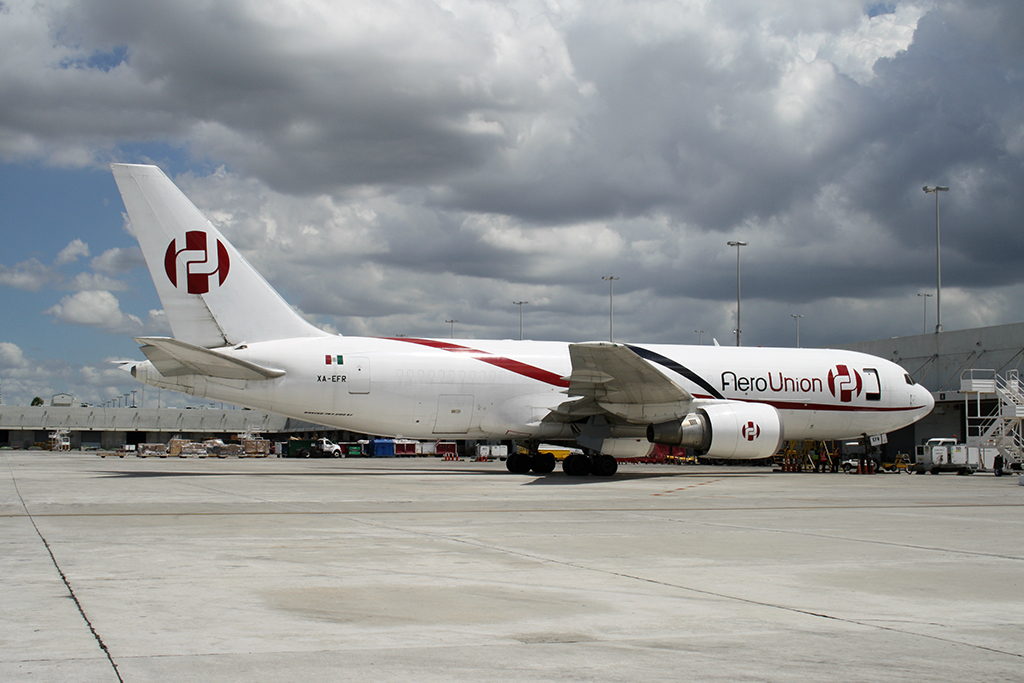 A Middle East cargo surge helped Miami International Airport (MIA) grow first half of 2017 freight tonnage by 4.8%
That  increase compares with a rise of less than 1% in cargo shipments at the southern US hub for the like period in 2016.
MIA reported an 8.3% increase in domestic freight and a 3.7% growth in international cargo during the six months from January to June 2017.
An airport statement said that, in the first half of 2017, cargo tonnage on Middle East carriers experienced a 114% growth over like period last year.
Although overall traffic on Latin American and Caribbean carriers increased 2.7%, cargo on Mexican carriers alone rose by 308%. Freight on European carriers grew 11.7% and 10% for Asian carriers.
The airport authority did not specify actual tonnage figures for the six months to June in its statement, but airfreight statistics on its website for the five months to May 2017 show a 5.5% increase to 815,877 tons, excluding mail.
The statement added that the increase in cargo tonnage can be “partially attributed to the attraction of several new freighter airlines to MIA, the most recent of which were Mexican airline AeroUnion and Qatar Airways”.
There have also been a number of “significant security and infrastructure improvements the airport has undertaken to ensure cargo shipments are properly handled”.
Miami-Dade Mayor Carlos Gimenez said: “Miami has long been known as the gateway to Latin America, but we are undoubtedly evolving from a regional hub to a truly global trade and logistics gateway.
“MIA’s growth in business, reach, and prominence is just another example of that.”
Miami-Dade Aviation director Emilio González said: “To grow our cargo tonnage by nearly 5% overall is significant, especially when you consider that some South American economies are still rebounding from a difficult year in 2016.
“We’re confident in the work and attention we’ve invested into – and continue to devote to – enhancing our cargo operations at MIA and look forward to closing 2017 with even stronger numbers.”
MIA became the first airport in the US, and only the second in the world, to be certified as a pharmaceutical freight hub by IATA in 2015.
The volume of pharma freight at MIA jumped 48% in value year-over-year to $4.4bn in 2016.
Miami-Dade Aviation Department (MDAD) organized a first wave of six pharma logistics providers at MIA to undergo IATA’s Center of Excellence for Independent Validators (CEIV) Pharma certification program.
To date, the number of companies making up the pharma hub community at MIA has grown to nine.
Through a partnership with IATA, MIA became one of the first six US cargo hub airports in 2016 to launch the e-AWB 360 campaign – a global effort to eliminate printing costs, replace manual data entry with a more efficient and reliable digital system, and pave the way toward a completely e-freight cargo industry.
Also in 2016, through a permit approved by the US Department of Agriculture (USDA), MIA launched Florida’s first-ever ocean-to-air perishables trans-shipment program.
MDAD launched a multi-million dollar facility improvement programme at MIA last year that included new surveillance cameras and lighting throughout the airport’s cargo area.
Other plans MIA has in the pipeline and hopes to roll out soon to help strengthen its position as a global cargo hub include a Foreign Trade Zone magnet site designation.
There is also planned the first phase of MIA’s Cargo Optimization, Redevelopment and Expansion (CORE) Program, to renovate MIA’s cargo infrastructure and to double its capacity.