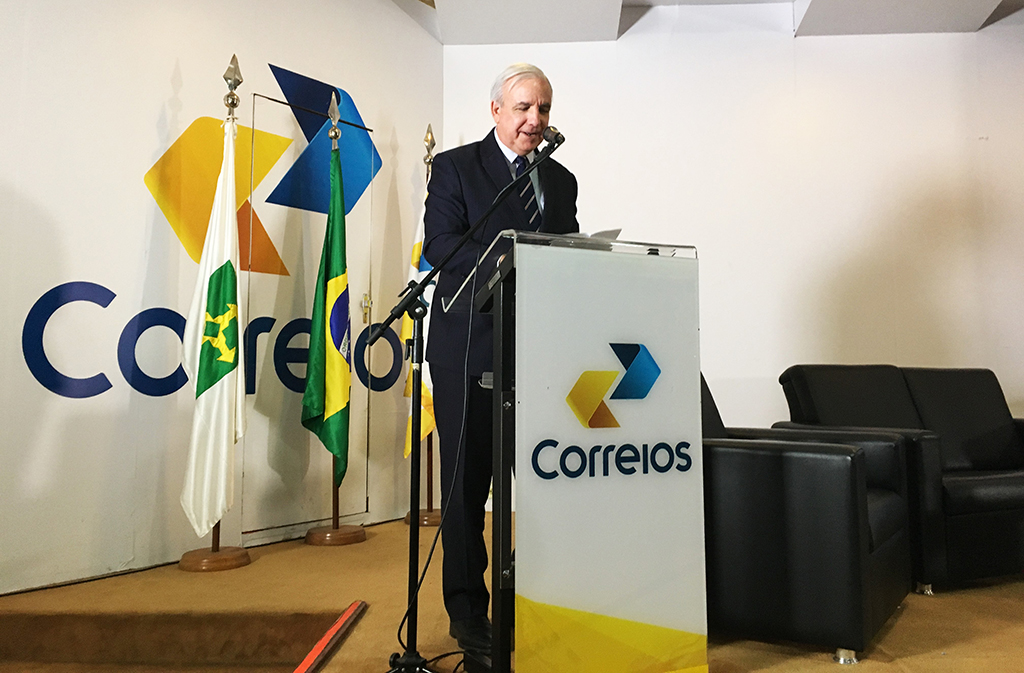 Miami International Airport (MIA) and Brazilian post office Correios have launched an expedited shipping service for e-commerce packages.
The Compra Fora (Buy Outside) programme allows express global deliveries sent to Brazil via Miami to be pre-cleared by Correios, and arrive in Brazil as domestic cargo “within days” instead of what used to take weeks or months.
A joint statement from the two partners said that Correiros chose US mega hub MIA as its first Compra Fora partner “in large part because the airport ranks first in the US for cargo flights to Brazil and commands 38% of the entire MIA-Brazil air trade market”.
Brazil is also MIA’s largest international market for passengers and trade value, generating more than 1.5m travelers and $12bn in cargo shipments annually.
The first two companies selected by Correios for the Compra Fora programme, Miami-based logistics providers SinerlogUSA and Interport Logistics, will work together in a joint venture.
Items purchased by registered Compra Fora customers in Brazil are stored at Interport’s facility within Miami-Dade County’s Foreign Trade Zone, before being inspected, pre-cleared and shipped from MIA with a Correios label.
Those shipments can then arrive in Brazil as domestic cargo and be transported to their final destinations via Correio’s logistics network.
Added the statement: “Compra Fora allows Brazilian customers to have their own postal network addresses, schedule and group their shipments, pay any required taxes or fees, and track their order with the Sinerlog Safety Tracker (SST) system.”
Miami-Dade County mayor Carlos A. Gimenez said: “This landmark agreement with Correios once again reinforces Miami-Dade County’s role as the logistics leader in our hemisphere.
“I applaud the efforts of MIA and our trade community, for keeping Miami-Dade County on the forefront of innovation within the global air cargo industry.”
The 2006 signing of a Sister Airport agreement between the Miami-Dade Aviation Department and the Brazilian Airport Authorities, in partnership with Miami-Dade County’s International Trade Consortium (ITC), was one of the contributing factors to the creation of Compra Fora.
“I am extremely pleased to see this initiative become a reality, after years of hard work and collaboration between Miami-Dade County and Correios,” said Miami-Dade County commissioner, Jose “Pepe” Diaz, Chairman of the ITC.
He added: “We expect Compra Fora to provide a significant boost to Miami-Dade County’s air trade with Brazil.”
The partners added that MIA is poised to benefit from the global e-commerce boom responsible for $2.3trn in worldwide sales in 2017 – a figure projected to double in the next four years.
Added the statement: “Market research firm Statista forecasts Latin America to be a strong e-commerce growth region during that span, with a projected doubling of annual sales from $29.8bn in 2015 to $64.4bn in 2019.
“Brazil is Latin America’s largest economy, and was responsible for an estimated 65 percent of the region’s e-commerce sales in 2018.”
Lester Sola, MIA director and chief executive, said: “Compra Fora is the latest collaborative effort we’ve engaged in to streamline and expedite the shipping process across our global cargo network.
“The Brazilian government has designated MIA as the only US airport able to pre-clear e-commerce bound to Brazil.
“We expect that our new partnership with Correios will spur increased trade and commerce between Miami-Dade County and Brazil, the leading economy and e-commerce market in Latin America.”