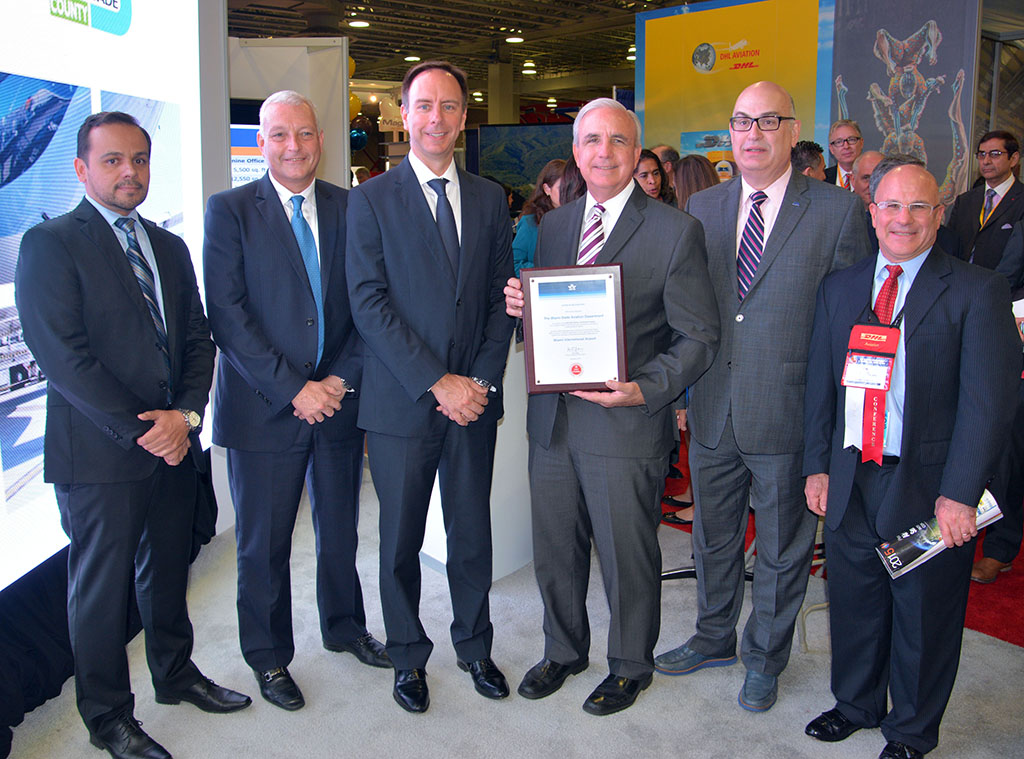 Miami International (MIA) is the first US airport to become an IATA pharma hub as it looks to continue to grow pharma volumes which have more than doubled over the last five years.
The Florida airport announced it had achieved the certification at the Air & Sea Cargo Americas event in Miami and said it hoped this would help it capitialise on the growing global pharma market, which will increase in value from a $300bn industry today to a $400bn industry within the next three years.
Miami Dade Aviation Department (MDAD) chief executive Emilio Gonzalez said the airport, traditionally known as a centre for flowers, fish and fruit, had already seen the value of pharma volumes transported through the airport increase by 80% over the last five years to $3.3bn per year.
To achieve the designation, the MDAD and Miami’s Health Technologies Distribution Alliance partnered together to organise a group of MIA cargo airlines, ground handling companies and freight forwarders, which will undergo specialised training through IATA’s Centre of Excellence for Independent Validators pharma certification programme.
“With this designation, we will quickly develop into the go-to airport for this very perishable product,” said Gonzalez.
At an earlier conference debate, Gonzalez also spoke of his ambitions for its pharma business.
“Cargo was flat in 2014 but we managed to grow and, notwithstanding the challenges of 2015, I think we will still do fine.
“That said, we also have to move beyond the flower and fish industries around the airport and one of the things we identified last year was the pharma business.
“We will be only the second airport in the world to become a certified pharma hub airport. We are transforming ourselves into the perfect transhipment point for pharma.”
He added that the airport would now look to achieve similar certifications for other industries.
Pictured from left to right: Brinks Global Services Life Sciences Director Leandro Moreira, PortMiami Director Juan Kuryla, IATA Regional Vice President Peter Cerda, Miami-Dade County Mayor Carlos A. Gimenez, Miami-Dade Aviation Department Director Emilio T. González and MDAD Chief of Staff Joseph F. Napoli.
The Air Cargo News Life Sciences and Pharmaceuticals Conference 2015 will take place at the Lancaster London Hotel on December 14-15. For more details click here