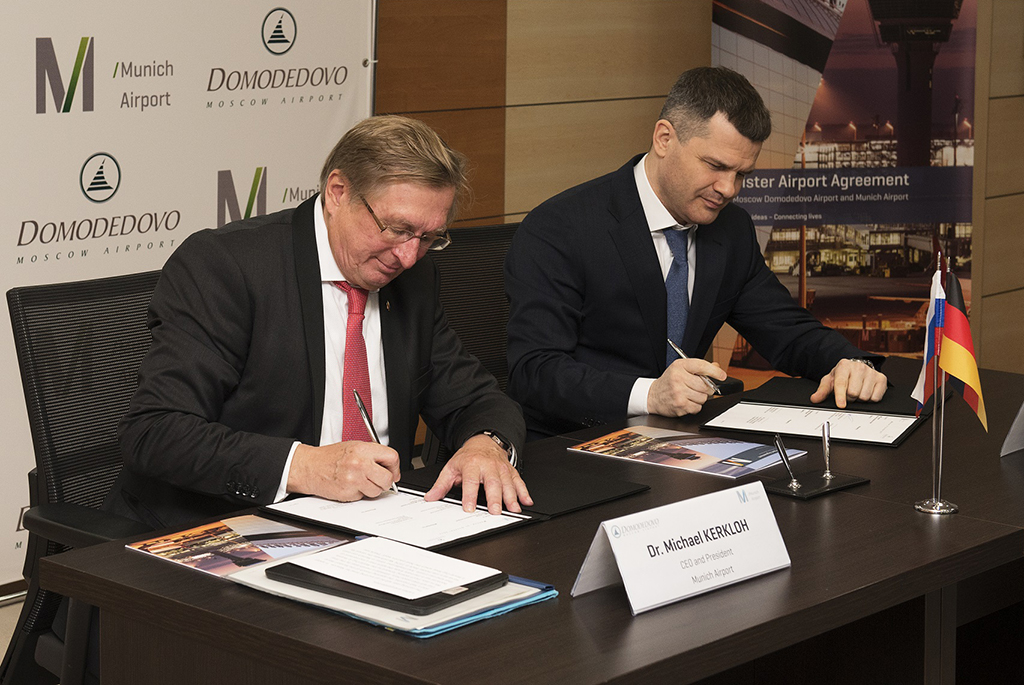 Russia’s Moscow Domodedovo Airport has signed a cooperation agreement with Munich Airport, joining Denver, Nagoya, Airports of Thailand, Singapore, Beijing and Airports Company South Africa as ‘sister airports’ to the south German gateway.
The partnership aims to transfer knowledge between employees and managers on both sides and will include exchange programs that will give employees an up-close look at the daily workings and processes of the partner airport.
The agreement also calls for exchange of ideas on terminal planning, IT, real estate development, security and digitisation.
The agreement was sealed at a ceremony attended by Moscow Domodedovo Airport Group chairman Dmitriy Kamenshchik and Munich Airport president and chief executive Michael Kerkloh.