Sheremetyevo opens new cargo terminal, with a second on the way 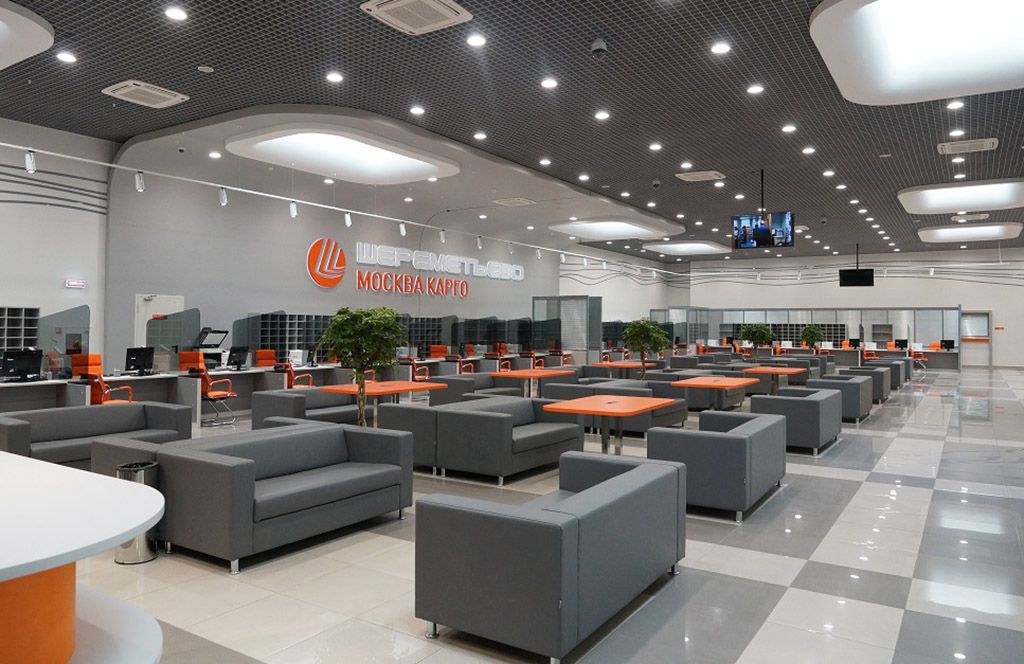 Moscow Cargo has launched the commercial operation of its airfreight complex at Russia’s Sheremetyevo International Airport, and is due to start work on a second phase in 2018.
The investment in airfreight facilities continues as Russia prepares to host the 2018 FIFA World Cup and with surging volumes for AirBridgeCargo, the Russian freighter airline hubbed out of Sheremetyevo.
The new cargo terminal, with a handling capacity of 380,000 tonnes per year, covers 43,200 sq m and has automation systems involved in around 60% of all production processes.
Alexander Ponomarenko, chairman of the board of directors of JSC Sheremetyevo International Airport, said that a “significant growth" in cargo turnover and the “rising demands” of cargo airlines had led to a major increase in airfreight volumes at the Moscow hub.
The total growth rate of cargo traffic volume at Moscow Cargo in the first eleven months of 2017 was 35% compared with the same period last year. The volume of transfer cargo on international flights pouring through Sheremetyevo increased by 80% in the same January-November 2017 period.
Said Ponomarenko: “Thus, it determines strategic development goals of Sheremetyevo International Airport: to establish itself as the leading European hub for global cargo flows.
“We face and welcome this challenge together with our key partners: PJSC Aeroflot, Volga-Dnepr Group and other cargo operators.”
Ponomarenko forecast that the airport expects to handle more than 700,000 tonnes of cargo per year by 2024, adding: “To achieve this ambitious goal, the engineering and construction of the second cargo terminal with a capacity of 380,000 tonnes per year is set to commence in 2018”.
The airport saw a near 30% surge in freight volumes during 2016 to around 231,000 tonnes.
All cargo operations on domestic flights were moved to the new terminal over a two month perod, making it “a record-breaking time for similar-scale projects,” said an airport spokesperson.
To ensure smooth transition of cargo operations on international flights, they will be gradually relocated to the new complex over the next few weeks.
The spokesperson added: “The new cargo terminal handles about 250 tonnes of cargo per day. An additional staff training programme on systems and equipment operation was introduced to instruct personnel on running machinery previously unfamiliar in Russia.
“The optimisation of cargo handling processes was completed with the direct participation of cargo sales experts, considering their experience, preferences and concerns.”
Technical data 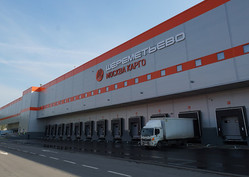 Moscow Cargo is equipped with seven-level Automatic Storage and Retrieval System (ASRS) that has 3,198 loose/pallet cargo storage locations. There is a Sizeable four-storey Pallet Container Handling System (PCHS) with a storage area for 576 Unit Load Devices (ULD), 60 of which are specially designed for temperature-sensitive ULDs (t from +2 to +8°С).
The complex has 13 conveyor lines with an access to the apron, 29 stations for cargo reception and delivery equipped with truck docks and dock shelters, two of which are designated for heavy and oversized cargo (including cars) and two for express cargo and courier parcels.
Moscow Cargo has gas fire extinguishing systems at valuable cargo storage areas. The terminal has soundproof rooms for animals and is capable of handling all types of dangerous cargo, including explosive and radioactive materials.
Read more Cargo Airport News