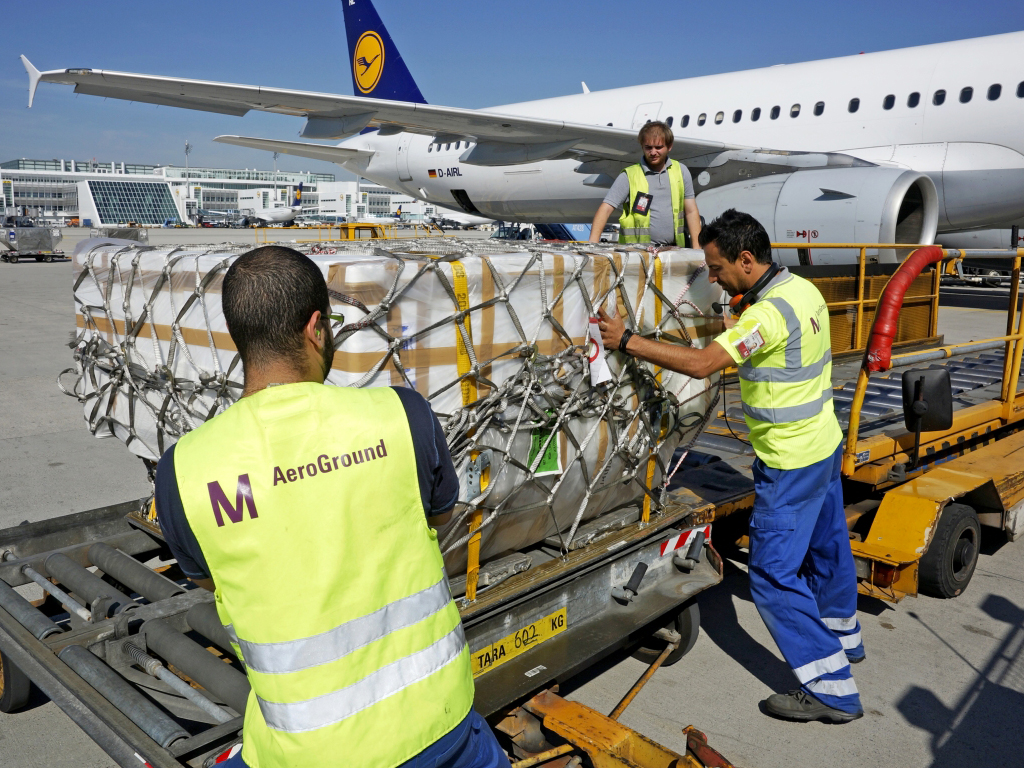 Flughafen München GmbH, operator of Bavaria’s Munich International Airport, has published its sixth annual ‘Integrated Report’ on the gateway’s performance and progress made on sustainability.
Taking a look back at 2015, the report notes that freight and mail throughput grew by about 10% to reach a new high for a calendar year of 337,000 tonnes (of which 317,387 tonnes was commercially handled cargo). Indeed, air cargo represented the airport’s most successful traffic segment in 2015.
Of that total, 261,719 tonnes was carried in the bellyhold of passenger aircraft.
New connections out of Munich and, most notably, an increase in the frequency of intercontinental traffic, ensured that there was sufficient additional load capacity available to meet demand, the airport operator said.
Rising by a factor of a third over the comparative 2015 figure to 55,668 tonnes, cargo carried on freighter maindecks also made a major contribution to the new traffic record.
At 18,775 tonnes, the amount of airmail transported slightly exceeded the previous year’s figure.
Of the total of 317,387 tonnes of commercially handled cargo, 125,785 tonnes was coming into the airport, 191,602 tonnes was leaving the airport.