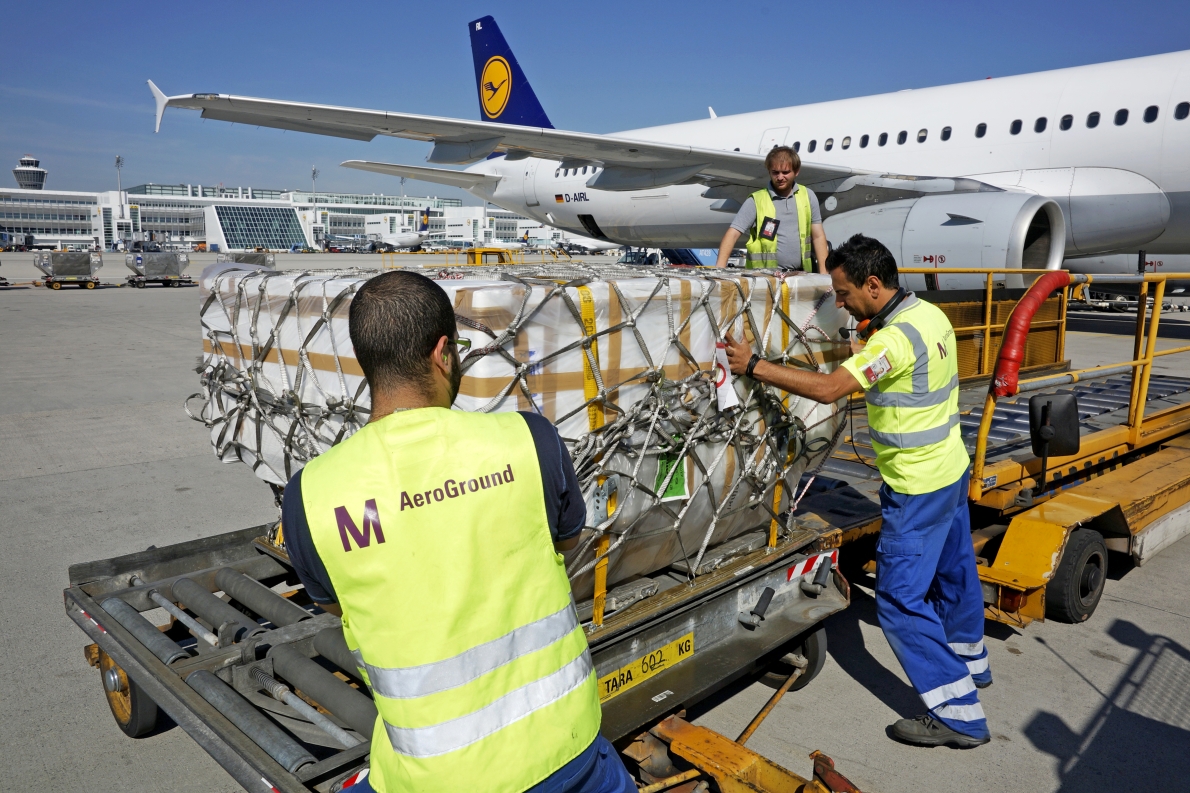 Munich Airport achieved a 10% rise in cargo to 270,000 tonnes in the first nine months of this year. No other major German cargo airport has achieved anything comparable, it said.
It also handled a record 34.1 million passengers between January and while the number of take offs and landings reached 307,000 during this period: 3.2% more than for the first three quarters of 2016.
Russian freighter operator AirBridgeCargo added a Sunday Boeing 747-8F  flight at Munich in early September. It already operated a service on Fridays and Saturdays.
The ABC service links the Bavarian capital with 12 destinations in Asia via the airline’s hub in Moscow.
Lufthansa says it will increase its Munich-Chicago service from seven flights a week to ten in summer 2018, in response to a surge in demand for cargo and passengers.
It will also relocate five of its fleet of 14 Airbus A380s to Munich.
In addition, Lufthansa will resume its Munich-Singapore service, operated by an Airbus A350, which will also make belly freight capacity available on that route.
Read more Cargo Airport News