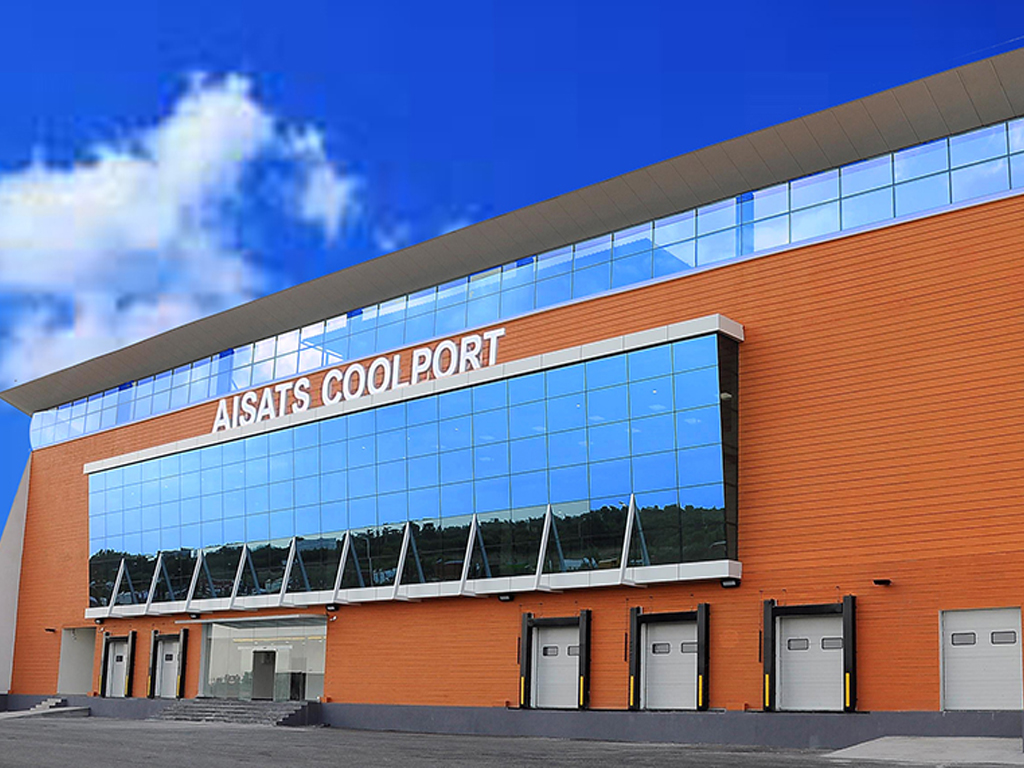 Air India SATS Airport Services (AISATS) has started trial operations at what it describes as the country’s first integrated on-airport perishable cargo handling centre, ahead of its commissioning expected by the end of the year.
AISATS Coolport, at Kempegowda International Airport in Bengaluru is a 40,000 tonnes a year, 11,000sq m facility to handle temperature-sensitive cargo including pharmaceuticals and perishables. It offers 17 dedicated cold rooms with adjustable temperatures ranging from – 25OC to + 25OC and will house a drug control lab and plant quarantine inspection and certification office.
It will be supplemented by temperature-controlled queue lanes for unitised shipments and cool trollies to ensure the integrity of the cold chain to and from the aircraft.
Bengaluru, in Karnataka state – one of India’s leading pharmaceutical and produce regions – has seen a steady 15% annual increase in perishable cargo volume.
AISATS chief executive Mike Chew, said India “requires upgraded infrastructure to cater to the growing needs of the trade and the air cargo industry. We believe that this dedicated state-of-the-art facility will further boost exports and imports of temperature-sensitive products.” It would also bolster the Government of Karnataka’s vision of turning the state into a preferred air cargo hub for south India, Chew added.
President of airport operations, Hari Marar, added: “As an airport that is strategically positioned at the heart of South India, we have the opportunity to take advantage of this momentum and be the single gateway for cargo traffic and shippers aspiring to reach this fast-growing region.”
AISATS is a 50:50 joint venture between Air India and Asian gateway services and food solutions provider, SATS. It forms part of the Indian Government’s initiative to improve airport ground and cargo handling services.
Since starting operations in 2008, AISATS has provided solutions to carriers at Bengaluru, Delhi, Hyderabad, Mangalore and Trivandrum including cargo handling for general, perishable, transshipment, express courier and special cargo.