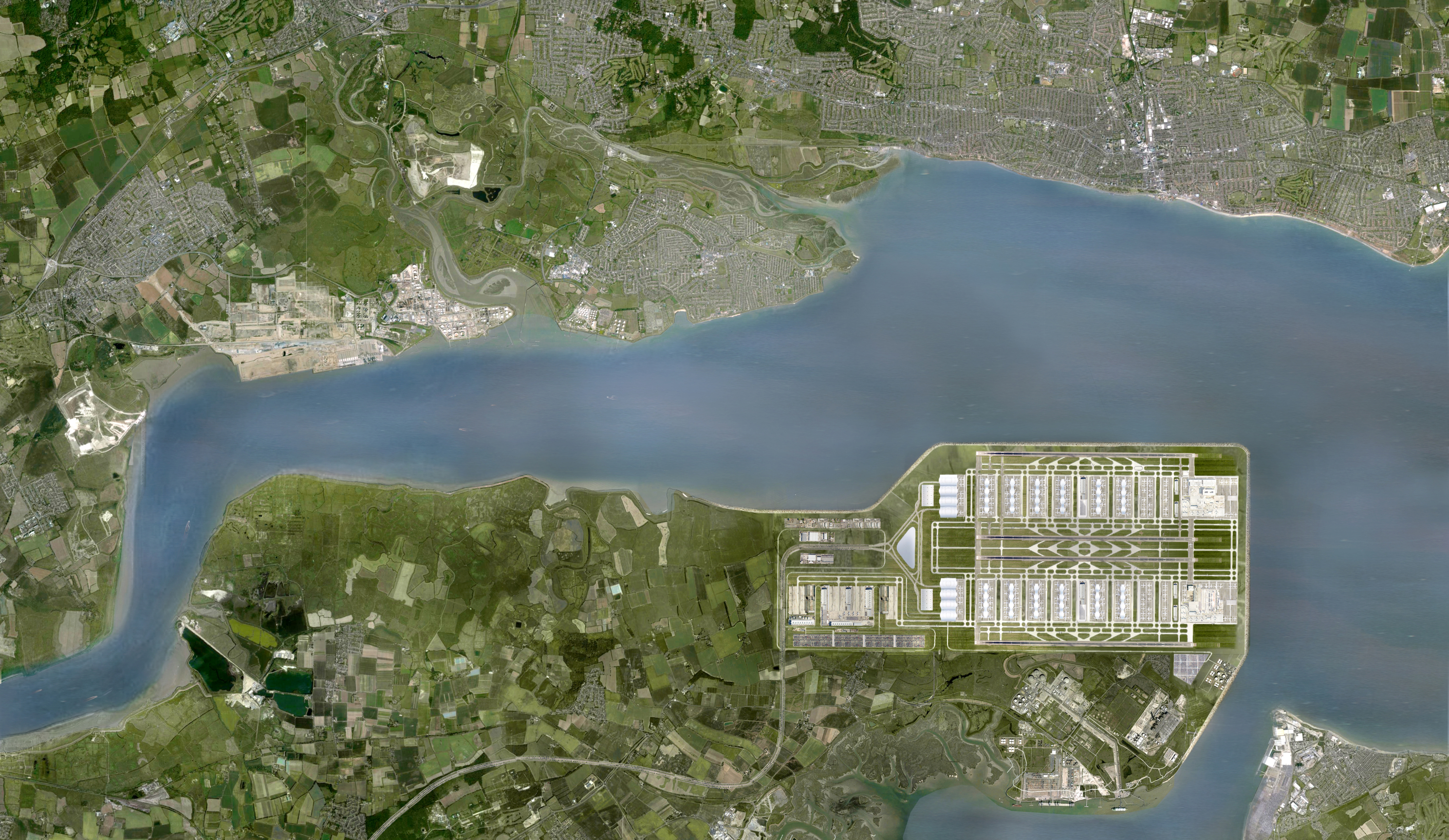 A FOUR RUNWAY airport built to the east of London would provide better UK regional connections than an expanded Heathrow, states a new report.
Researchers York Aviation and Oxford Economics suggest that a Thames Estuary Airport – an idea backed by London Mayor Boris Johnson – is “vital not just to London, but to the economic performance of the UK regions”.
Cargo is mentioned only briefly in the 25 page report, which has a strong passenger focus.
The study, sponsored by Transport for London, states: “Overall, by 2050, a new hub airport would provide 63 more daily regional air connections than if no additional hub airport capacity is provided, which is 43 more than today and 49 more than Heathrow could sustain with a third runway.
“Those airports with existing services to Heathrow all see a gain in frequency compared to that which might otherwise operate to a constrained Heathrow by 2050.”
A spokesperson for Heathrow Airport, which is arguing for a third runway at the UK’s largest passenger and cargo hub, says: “London Heathrow can be expanded more quickly and at less cost while delivering more connectivity to the UK regions.”
Shippers, airlines and freight forwarders continue to back an expanded Heathrow and argue that air freight was "overlooked" in a recent government-sponsored report on passenger airport capacity headed by Howard Davies.
Hence the decision by the UK’s Freight Transport Association shipper lobby to publish its "Sky-high value" research document on the importance of air freight to the UK economy.
Chris Welsh, of the FTA, says: "If someone wants to build a new airport that’s fine – we welcome new strategic infrastructure investment.
"However, that should not be at the expense of Heathrow and in undermining the pivotal role Heathrow plays for cargo."
Gatwick Airport, to the south of London, is seeking to build a second runway, in competition to the Heathrow proposal.