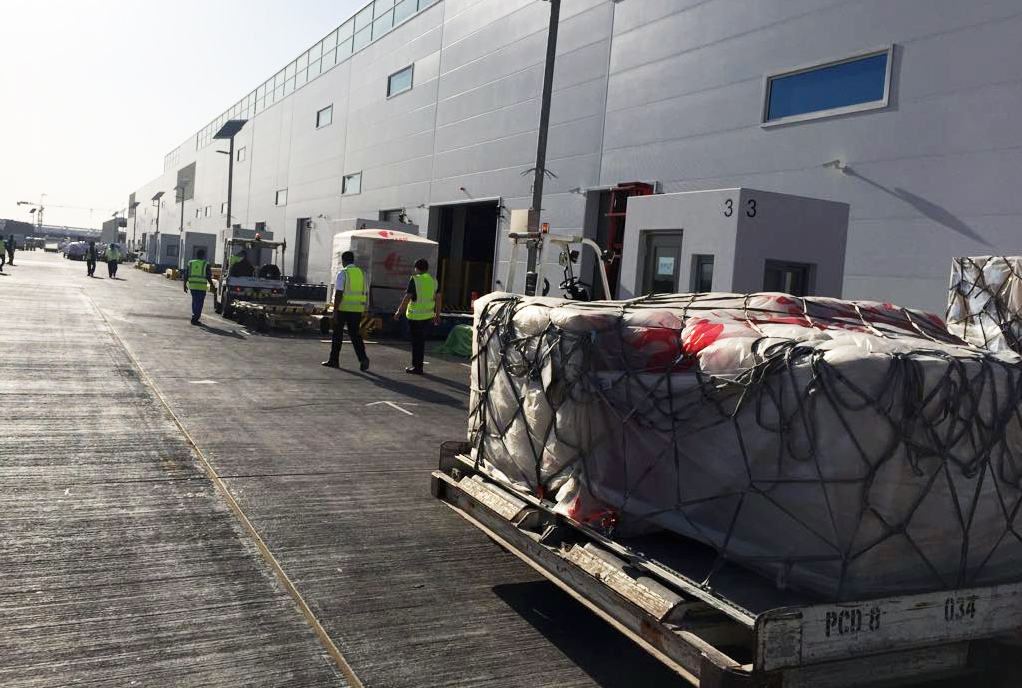 Muscat International Airport’s new cargo terminal has opened its doors.
The fully automated facility will support national flag-carrier Oman Air’s continuing expansion, informs ALS Logistic Solutions, the supplier of automated cargo handling systems that commissioned and handed over the terminal.
An ALS statement noted that the fully automated cargo terminals at both Muscat and Salalah will “further reinforce Oman Air’s base in these two airports as major international cargo hub[s]”.
The Muscat terminal, which is expected to operate 24 hours a day, 365 days a year, comes complete with a proven IT software and hardware system for material handling and with what ALS describes as “an easy to operate, state-of-the-art man-machine interface”.
The scope of work for ALS encompassed the installation of a turnkey cargo solution for the terminal that would include:
•             Two 20ft ETV (elevated transfer vehicle) systems
•             A ULD storage system with four levels and with a total height of 11.5m
•             Airside bypass lanes and conveyors
•             Airside interface with two FMC Technologies conveyors and six tilting conveyors
•             Lowerable workstations
•             Fully automated dolly passage in the middle of the ETV system and bypass conveyor line
•             Cold/freezer locations amongst the ULD racks
•             Cold/freezer rooms for perishable items
•             Doors for all freezer/cooler rooms
•             Racking systems for pallets and bulk storage
•             Programmable Logic Controller (PLC) and supporting IT for the ETV systems