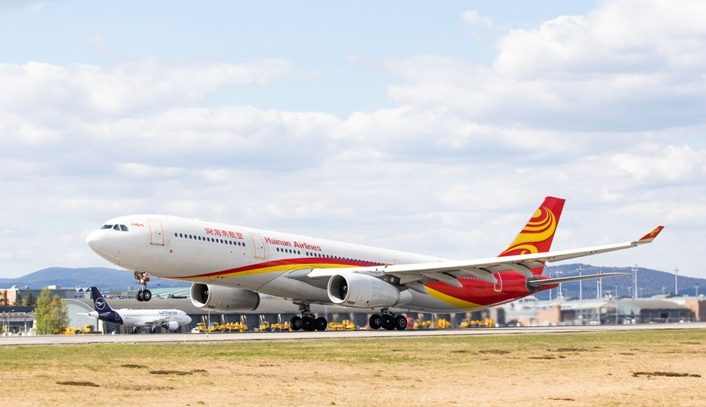 Oslo Airport hopes its first non-stop service to Beijing will be a welcome boost for the local seafood market following the collapse of a deal for the development of a new perishables centre.

Earlier today a Hainan Airlines A330-300 took off from Oslo on its way to Beijing. Airport operator Avinor said the flight would operate three-times-per week and seafood volumes would help fill belly space on the aircraft.

Harald Nesvik, from the Norwegian ministry of fisheries, said: “This route affords even better opportunities for increased export of fresh Norwegian seafood to the Chinese market, where demand for high quality seafood is large and increasing.

“Because seafood consumption in China is greater than Norway’s entire annual production, the potential is huge.”

Avinor expects that this route alone can transport Norwegian seafood worth around NK200m every year.

The new service comes just days after the airport operator reported that a deal with cargo handler WFS for the operation of a new seafood centre at the airport had fallen through.

The reasons for the deal being cancelled are not immediately clear, although the state-owned airport operator indicated that the ground handler had wanted to make changes to the a letter of intent.

In a statement, Avinor communication manager Kristian Løksa said: “In connection with the project development, WFS initiated changes that could not be implemented under the Avinor procurement regulations. We will now consider whether, and how, it is best to arrange for seafood exports over Oslo airport.”

WFS said: “Avinor have already stated the reasons why we have decided not to pursue this opportunity.

“We wish to thank them for their support during the evaluation of the process and wish them every success as they take this project forward.”