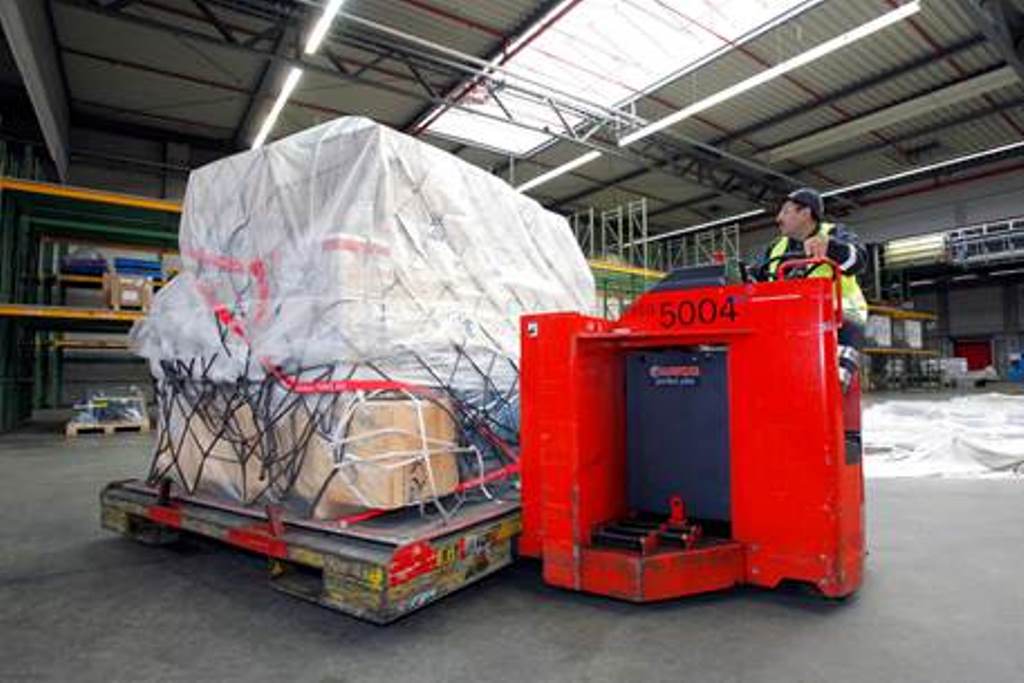 Frankfurt Airport will host a new research project that aims to create a shared trailer system to speed up the ramp operation.
The airport said cargo handlers would share intelligent truck trailers, known as “smart trailers”,  equipped with complex camera systems that continuously record how full the trailer is.
Once a certain loading level has been reached, a control system automatically requests an autonomous truck for transportation.
The trucks pick up the trailer and take it to the relevant ramp destination where it is processed by a forwarding agent or cargo handler.
It is hoped the system will minimise wait times at the ramps and increase utilisation of the trucks.
Transporting shipments individually, as is done at the moment, puts pressure on the transport system and processing capacity at the ramps.
Felix Kreutel, senior vice president of cargo at Fraport, said: “By applying this new system, Frankfurt Airport can provide even faster and more efficient cargo processes. As an innovation leader in airfreight, we are delighted to support this project.
"As part of the research project, mixed traffic operations consisting of both autonomous shipments and regular truck and car traffic will be tested for the first time at Frankfurt Airport.”
Scheduled to last two years, the project is subsidized with funds from the state of Hesse’s LOEWE (“State Initiative for the Development of Scientific and Economic Excellence; Funding line 3: collaborative SME projects”) initiative within the framework of the “Hesse Model Projects”.
Other partners include the Fraunhofer Institute, RheinMain University, autonomous vehicle manufacturer KAMAG, cargo handler LUG, shipping companies Sovereign and Dachser, and logistics software company CargoSteps.