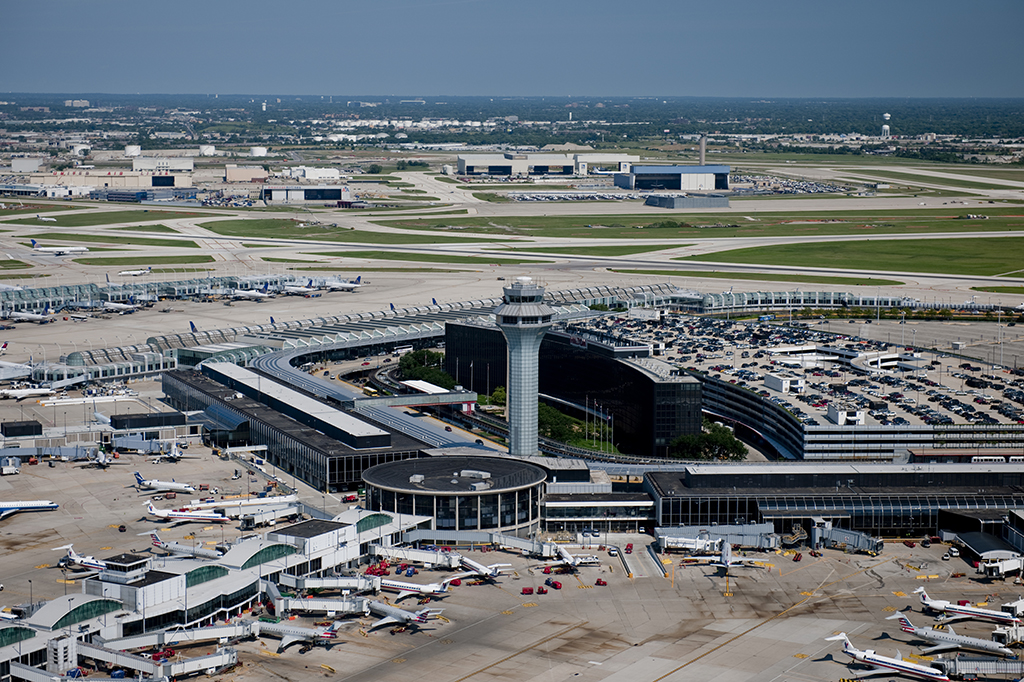 Chicago’s O’Hare International Airport (ORD) is to have a new uniform rate structure for aeronautical real estate leases.
With several cargo and hangar leases set to expire in May 2018, the Chicago Department of Aviation (CDA) has reached agreements with a dozen airline and cargo carriers for new ground and facility leases at O’Hare.
Through these agreements, CDA will replace several leases that are 25-40 years old, generating an additional $41m annually for investments in O’Hare. Chicago’s Mayor Rahm Emanuel and the CDA have introduced an ordinance to City Council to establish the rate structure.
CDA said that it has received letters of intent to enter into the new leases from all cargo airlines and companies currently occupying cargo facilities, with the final agreement pending approvals by City Council and the tenants’ respective boards.
The cargo tenants are American, Air France, Delta, FedEx, Lufthansa, Nippon, Swissport and UPS. The hangar tenants include American, Delta, SkyWest and United.
Since 2011, air cargo volume has risen by 10%, and at an average of 1.6m tonnes per year, Chicago is processing record volumes.
The new agreements with cargo and hangar tenants are expected to generate another $43m in total tenant capital investment, which will support ongoing improvements that will benefit both cargo and passenger operations at O’Hare, and will create an estimated 2,350 jobs, said the CDA.
Mayor Emanuel said: “O’Hare plays a critical role in the global cargo industry and this activity generates billions of dollars in economic activity for Chicago and the region.
“I want to thank Aviation Commissioner Ginger Evans and her team for their work in securing an agreement that is fair to our airport operators and our city alike, and that represents an important step forward in making the investments necessary for O’Hare’s future at no cost to taxpayers or travellers.”
All new revenue from adjusted lease rates and terms will be redirected back to capital investment in airport facilities.
The new annual rates are $2.25 per sq ft for hangar and ground rents, with a $10 per sq ft lease rate for cargo facilities.
The city will also establish an off airport fee of $5.00 per ton for cargo transported by carriers that do not lease or sublease facilities on airport property.
CDA said: “This will ensure that these operators, like all other airport tenants will contribute toward the cost of cargo related operations, such as road maintenance and security.”
A series of investments in cargo operations by the Emanuel administration, including the completion of the northeast cargo campus, have expanded capacity and established modern and efficient facilities for processing cargo.
In December 2016, Aeroterm ─ a subsidiary of US-based real estate operator Realterm ─ opened the first phase of the O’Hare Northeast Cargo Center, a project involving a total investment of $220m.
The Northeast Cargo Center is located on approximately 65 acres of previously undeveloped land on the northeast side of O’Hare.
The complete project consists of 915,000 sq ft of warehouse and office space; apron pavement for up to 13 B747-8Fs, landside truck docks and a new cargo access road.
Chicago is the venue for this year’s Freighters World conference and newly launched awards, which take place on 26-27 September.
Click here for details of the event and the awards.