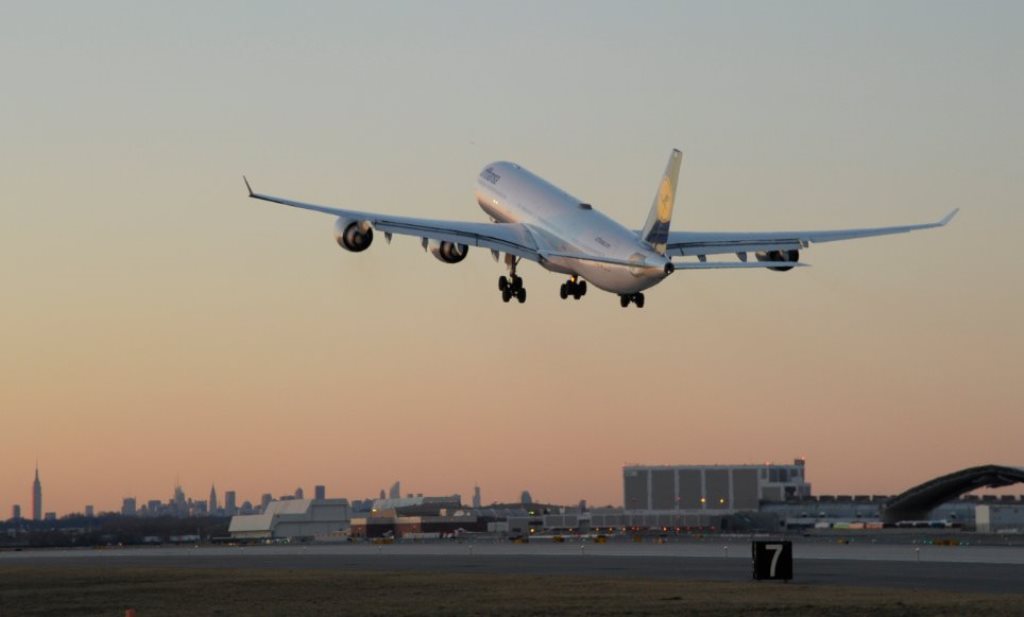 Port Authority of New York and New Jersey commissioners have approved a $70m deal to build a 346,000sq ft cargo handling building at JFK airport as the first stage of the Vision Plan to revamp outdated facilities at the US gateway.
Under the plan, two existing empty 40-year old buildings will be demolished to make way for the new facility.
It will be able to handle three large freighter aircraft at one time, with elevated traversing vehicles, along with a dedicated, temperature-controlled pharmaceutical handling area.
The scheme also includes a $62.2m upgrade to two taxiways to allow larger cargo planes to access the cargo terminal’s north side.
The scheme, announced by New York Governor Andrew Cuomo, follows a recommendation by the Aviation Advisory Panel to improve ageing cargo infrastructure at New York’s largest airport.
Governor Cuomo said: "We are transforming JFK into a world-class, state-of-the art airport and – with this new cargo facility – a major economic engine. With this much-needed modernization of JFK’s cargo operations, we will help create jobs and support economic growth across the entire New York metropolitan area for years to come."
Under the scheme, taxiways CA and CB, which were last rehabilitated in the 1980s before the development of modern cargo planes will be realigned to allow the largest aircraft to access the airport’s north cargo area.
The Vision Plan calls for consolidation, upgrading and expansion of cargo facilities on the airport’s north side and to position cargo operations where there is better road access, as well as phasing out obsolete and underused warehouses. More than half of JFK’s cargo buildings are more than 40 years old, and do not meet current industry standards.
Port Authority executive director Rick Cotton said: "The Governor’s Vision Plan for JFK recognises that cargo commerce at our airports is vital to the region’s needs for goods and services, as well as a critical component in creating jobs and boosting the economy.
"Today’s authorisation is an important first step to transforming JFK’s cargo facilities into a best-in-class 21st Century operation as well as our broader ambitions to transform JFK."
Airport real estate developer, Aeroterm, which is to lease the new cargo building for 33 years, will in turn sub lease space to handler Worldwide Flight Services and its airline customers.
Aeroterm’s chief development officer, Erin Gruver, said: "This project serves as a critical first step in revitalizing JFK’s air cargo sector. We are privileged to be entrusted by the Governor and the Port Authority to fund and develop such an essential piece of JFK’s future.
"We look forward to delivering this state-of-the-art and high profile project to Worldwide Flight Services who, along with their airline partners will occupy and operate long term in the facility. Adding this new project to our existing facilities at JFK brings our total investment in the airport to more than $200 million highlighting the value we place on JFK and New York."
In a statement, Aeroterm added: “Despite the poor current state of JFK’s air cargo infrastructure, the airport remains a leading international air cargo centre, with the backdrop of a strong and growing air cargo industry.  Air cargo numbers at Kennedy are up 6.7% in the first half of 2017 compared to the first six months of 2016.
"JFK’s international air cargo – which represents more than three-quarters of the airport’s total – jumped 8% in the year’s first six months, compared with the same period a year earlier, while domestic freight increased about 1%."