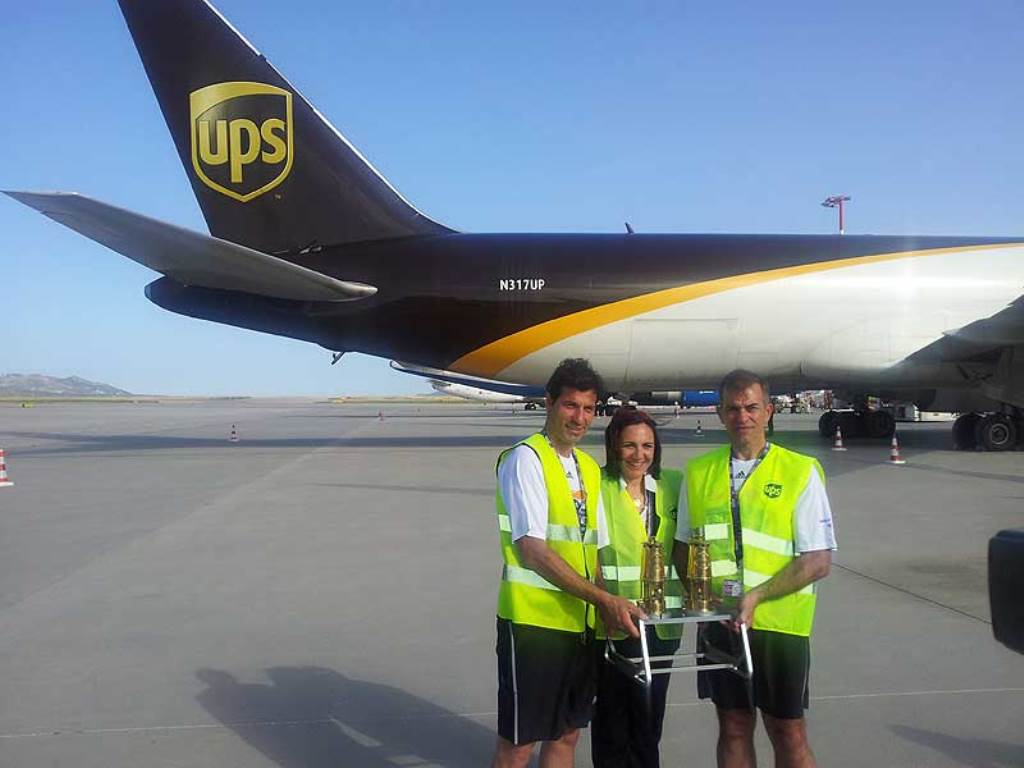 UPS Airlines and Athens International Airport have completed an olympic size task; arranging transport of the Olympic flame.
On May 18, a UPS flight arrived at Athens Airport to collect the Olympic flame for transportation to the US.
The flame was taken from Athens to the UPS hub at Cologne Bonn airport and then to Philadelphia.
The flight was handled by UPS handler at Athens, Goldair Handling.
The flame is being transported for the special Olympics which will take place in Los Angeles from July 25.
The games will attract some 7,000 competitors with intellectual disabilities.